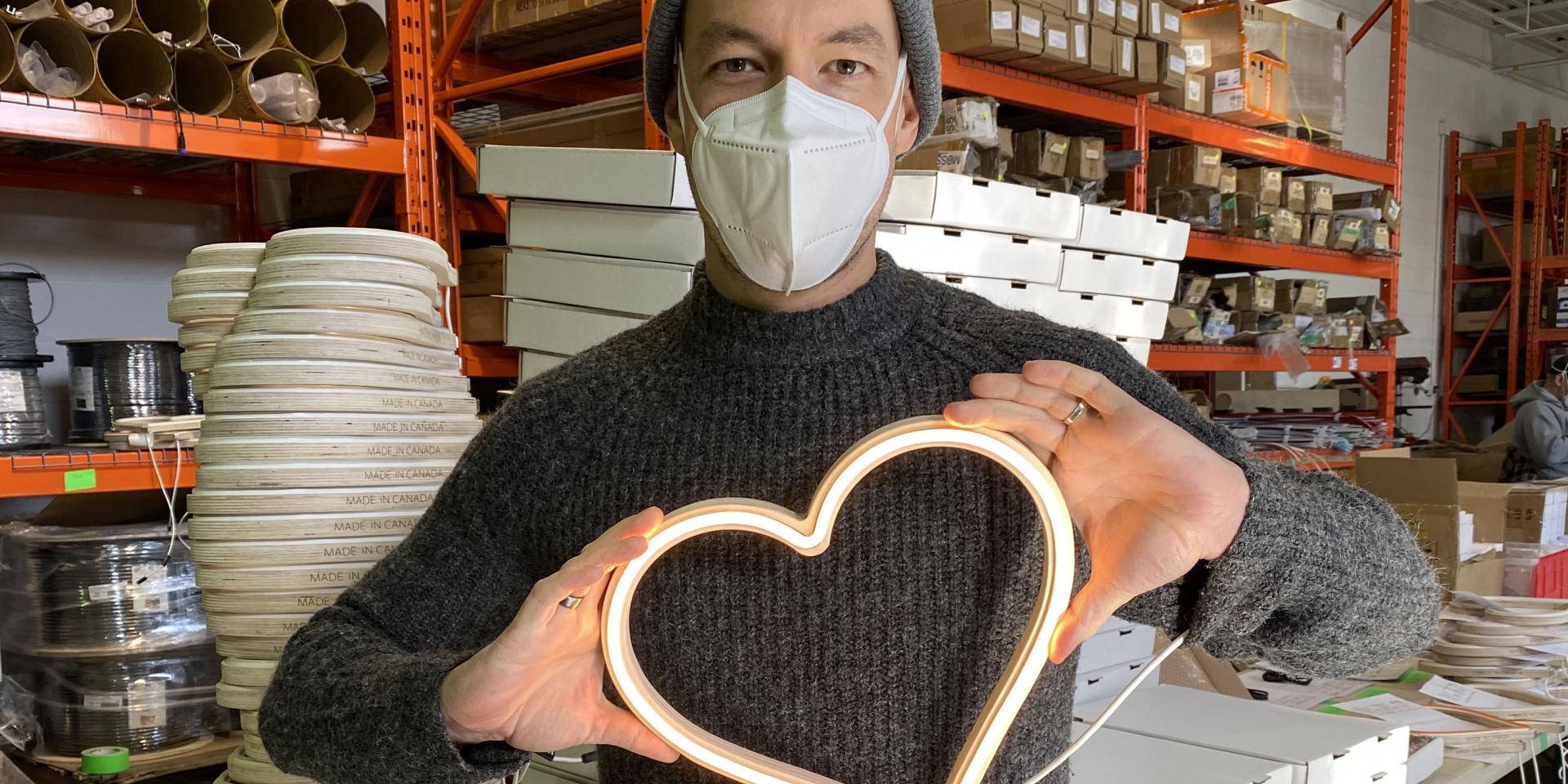 This local business entrepreneur is truly showing what the Heart of the East means.

If you’ve walked around East Toronto neighbourhoods in the last few months, you may have seen the warm glow of hearts in home windows. Called Neon Hero Hearts, they’re the creation of local lighting business Moss LED. In a rainbow of colours, these LED hearts glow in the windows of houses as a thank you to healthcare workers – spreading positivity in a dark time.

As Moss LED founder Jeff Moss explains, his desire to give back to the community and support healthcare workers began last spring when he first heard about Michael Garron Hospital’s PPE drive.

“As a small business entrepreneur, I admired the hospital’s ingenuity to call on the community for support, and I really identified with it.”

Inspired by the hospital’s resourcefulness, Jeff and his team used their 3D printers to make face shields, donating PPE to the hospital in bulk.

Like so many small businesses, Jeff and his team looked for new ways to keep their business afloat amid closures, while supporting the community.

“We mainly supply lights for the film and entertainment industry, and at the beginning of the lockdown, we had lots of neon sitting on the shelf,” Jeff explains. So, he decided to create a product that reflected the outpouring of support of the community.

“The idea came from walking around the neighbourhood and seeing all the ways people were thanking our healthcare heroes: signs on lawns, window displays, neighbours banging pots and pans.”

The neon hearts quickly took off.

“We created prototypes to test the hearts out in the window of my home, and the neighbours noticed and asked where they could get one. And we said, from us!” 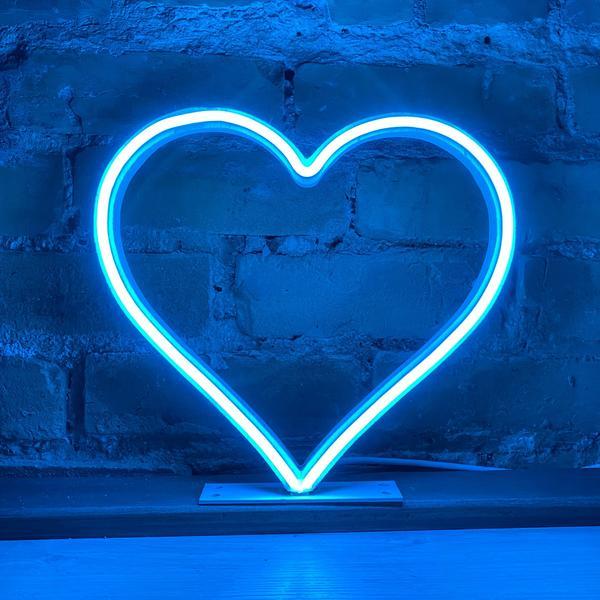 Moss LED donates $5 from each heart purchase to Michael Garron Hospital Foundation to recognize the healthcare heroes who continue to work tirelessly to support the community. Since December alone, the team has sold over 2,000 hearts and has donated over $6,000 in support of the hospital to date.

As Jeff explains, the hearts show support for not just healthcare workers, but also workers in the live entertainment industry who are being employed to create the neon hearts. “We created the red heart specifically in support of ‘Light Up Live’, an event that raises visibility for the plight of live entertainment workers whose livelihood was the first to be affected by the shutdown, and will likely be the last to reopen.”

You can purchase your own Neon Hero Heart and support Michael Garron Hospital here.