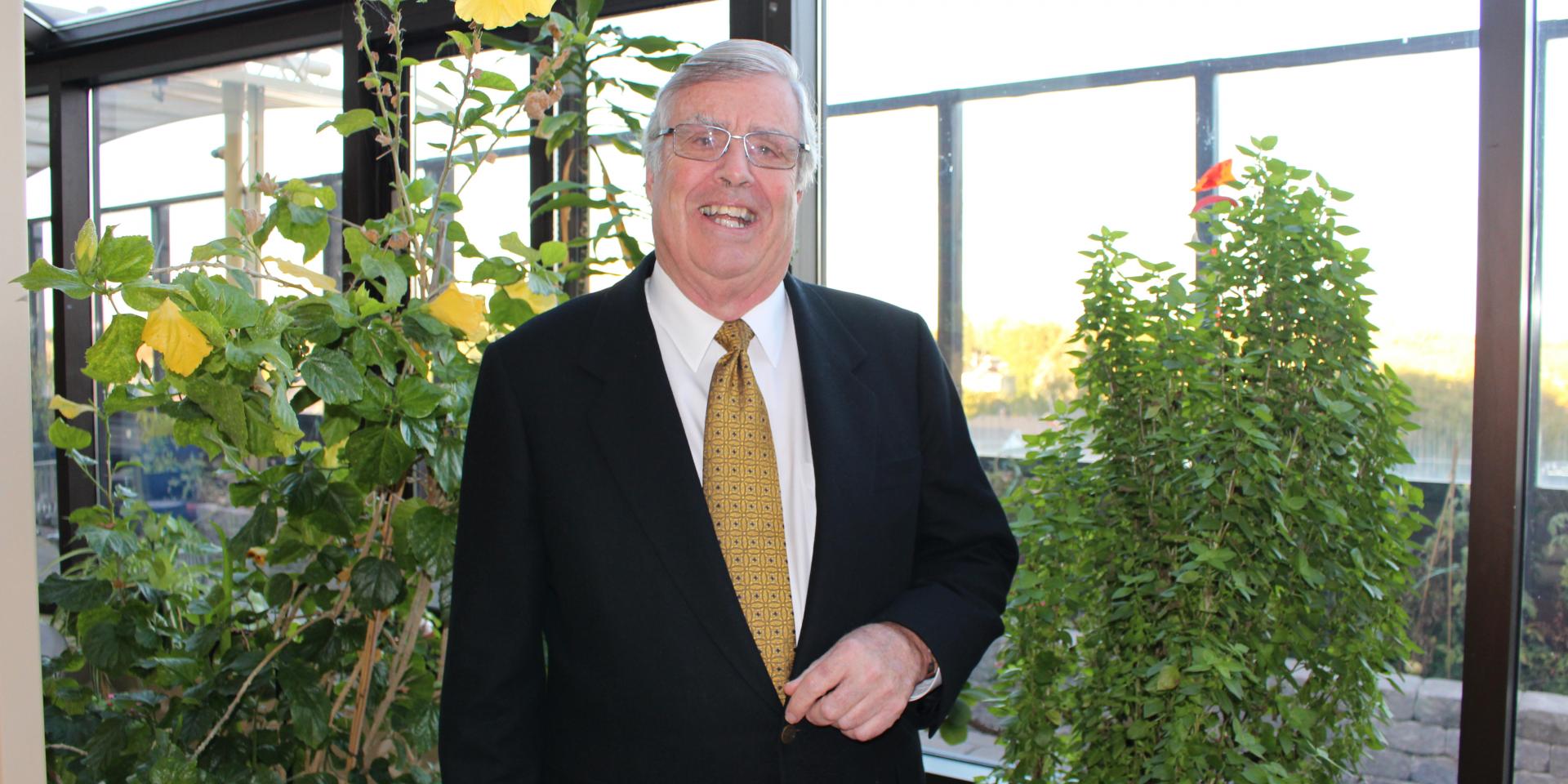 A 40-year legacy of supporting healthcare in East Toronto

From the early days of Bud McMorran's involvement with Michael Garron Hospital, he knew there was something special about this place.

If you’ve visited Michael Garron Hospital, you may have entered through the lobby off Coxwell Avenue. Known as the McMorran lobby, the space is named after Sydney (Bud) & Yvonne McMorran, in recognition of their generous, long-time support of the hospital.

For more than 40 years, Michael Garron Hospital has been a part of Bud McMorran and his family’s lives. From the early days of his involvement back in 1977, when he took over the hospital’s account in his role as Senior VP at TD Bank, he knew there was something special about this place.

“I had opportunities to get involved with other hospitals in Toronto, but I truly believed I could make more of an impact at MGH,” he says. “I felt the hospital was unique in that its catchment was quite large—serving the area between the downtown core and Scarborough—and filling a critical role for the East Toronto population.”

Bud has held a variety of leadership positions on behalf of the hospital over the years; in particular as Chair of the Foundation Board (1992-1996) and Chair of the Together for a Healthy Future Campaign (1996-2001), which resulted in the three-storey addition to J-Wing. He was also Chair of National Corporate Gifts for the Emergency/Critical Care Building campaign, which led to the opening of the Stavro Emergency Department in 1989.

Bud and his wife Yvonne know how important this hospital is to the East Toronto community, and they stand behind the hospital’s redevelopment project.

“Anyone who has visited can see that the hospital is in great need of transformation,” he says. “I think it’s a great tribute to the staff at MGH that they continue to deliver the superb care they do despite this facility’s limitations. The hospital’s redevelopment will help position it very well for the future, and from a patient point of view, it will be a big improvement in terms of comfort and quality of care.”

Bud has worked tirelessly to raise millions for the hospital over the years. He has also been a steadfast and generous supporter of MGH on a personal level—most recently to the Foundation’s $100-million Heart of the East Campaign—and has included a bequest in his will and a gift of life insurance.

He feels strongly about supporting healthcare, and encourages others to do so as well.

“There is a finite amount of money available from government to cover the cost of healthcare in our country,” he says. “For those who are able to, healthcare is a good cause to support. It just makes sense to help the hospital grow, modernize, and get the healthcare equipment and services this community needs.”