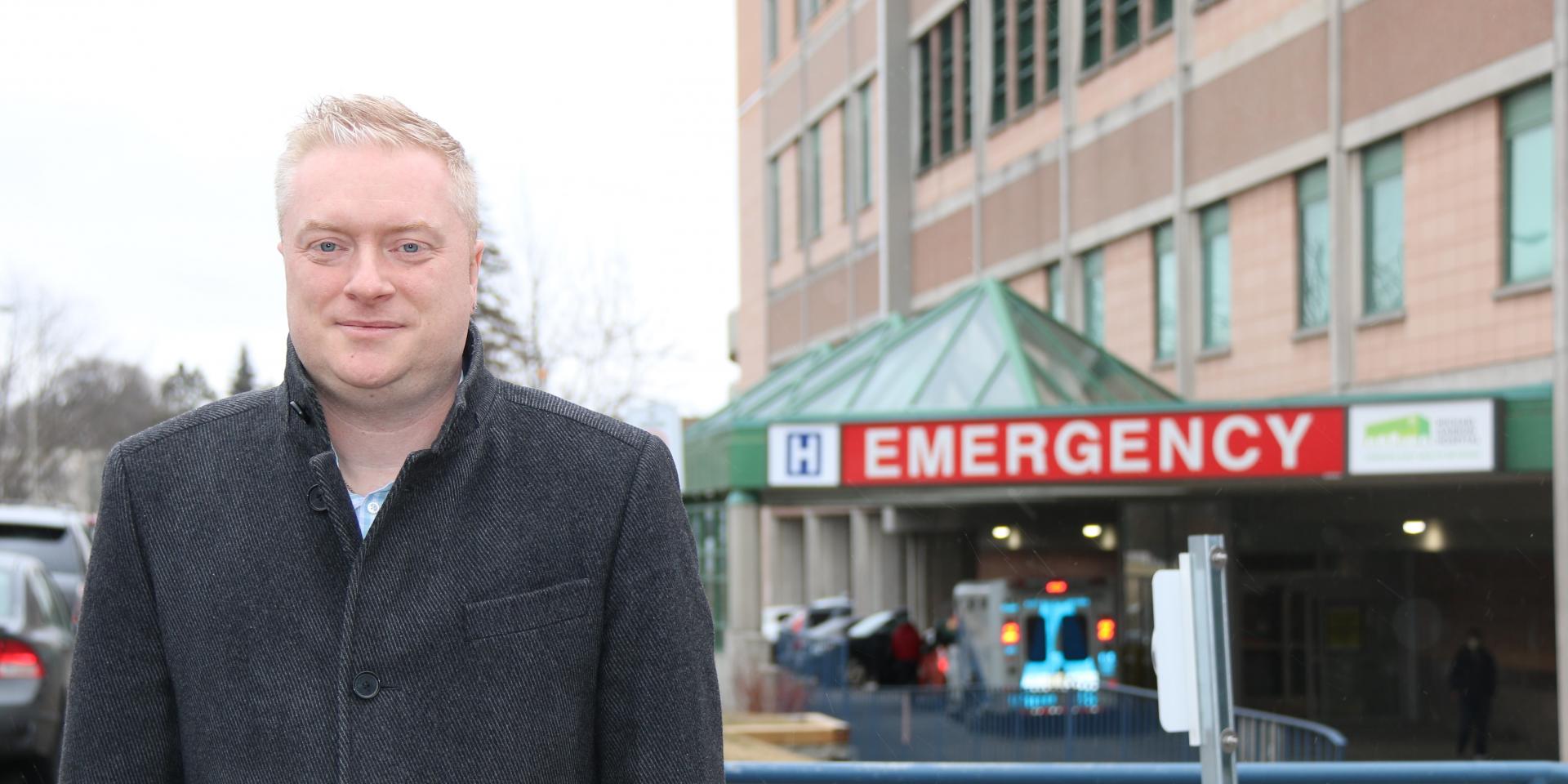 Cameron McCormick never dreamed a family day out at a championship parade would end up with a lengthy hospital stay.

"It was just chaos," Cameron McCormick recalls of that afternoon last June. "People were running in every direction and I told my kids and my wife 'just leave your bag and go!'"

Hours earlier, Cameron and his family had joined a sea of fans along University Avenue in Toronto cheering on their NBA championship Raptors team.

When the parade had passed, the family headed to Yonge-Dundas Square, where viewing screens of the awards ceremony had been set up to accommodate the overflow from the main rally.

"Things started off peacefully, but suddenly we heard a commotion," says Cameron. "I saw a stampede of people rushing towards us, and I knew we had to get out of there."

So Cameron and his family began running, pushed by the crowd in all directions.

"I got shoved hard and suddenly I was airborne. I landed hard on the pavement on my hip," he says. "I felt a crack, I couldn't get up and I started getting trampled by the crowd."

He's grateful for the strangers who helped pull him to the side and flagged down a passing ambulance, which took him to Michael Garron Hospital.

"I live in Markham, and don't know the East Toronto area well, so I asked the paramedic where we were going. All I remember is something about it being near Greektown!"

After testing and x-rays, the emergency department physician quickly discovered Cameron had fractured his hip. Following a week of recovery from surgery, where he received a plate, a pin and two screws in his hip, it was on to the harder work - rehabilitation.

Cameron was transferred to the Complex Continuing Care team at Michael Garron Hospital, where he began two weeks of intense, twice-daily rehab sessions to help restore his mobility.

What his physician Dr. Pieter Jugovic remembers is Cameron's upbeat attitude during his intensive recovery.

"He's such a genuine, positive guy despite this bad thing that happened to him. Our team just really looked forward to seeing him every day, and helping him in his recovery."

But what stands out for Cameron is the outstanding care he received during his three-week stay at the hospital.

"The staff here, the nurses. the doctors … even the people who cleaned the room were amazing. It was 24-hour care, every time I needed something, someone was there. They genuinely cared."

Cameron decided to recognize that care with a donation through the Foundation's Grateful Giving program.

"It really was fate that I ended up here, and I don't think I would have received this amazing care anywhere else," he says.

Dr. Jugovic is quick to give full credit to the medical team.

"It's so gratifying to know that your care is valued, but it really is a team effort," he says. "We try to do our best for all of our patients, but it's so nice to hear when someone is really appreciative."

Today, while Cameron knows he won't ever be 100%, "I have some mobility issues, I can't crouch and I've been told I may need a hip replacement when I'm older," he's grateful for how far he's come.

And despite one bad afternoon last summer, he's still a Raptors fan.