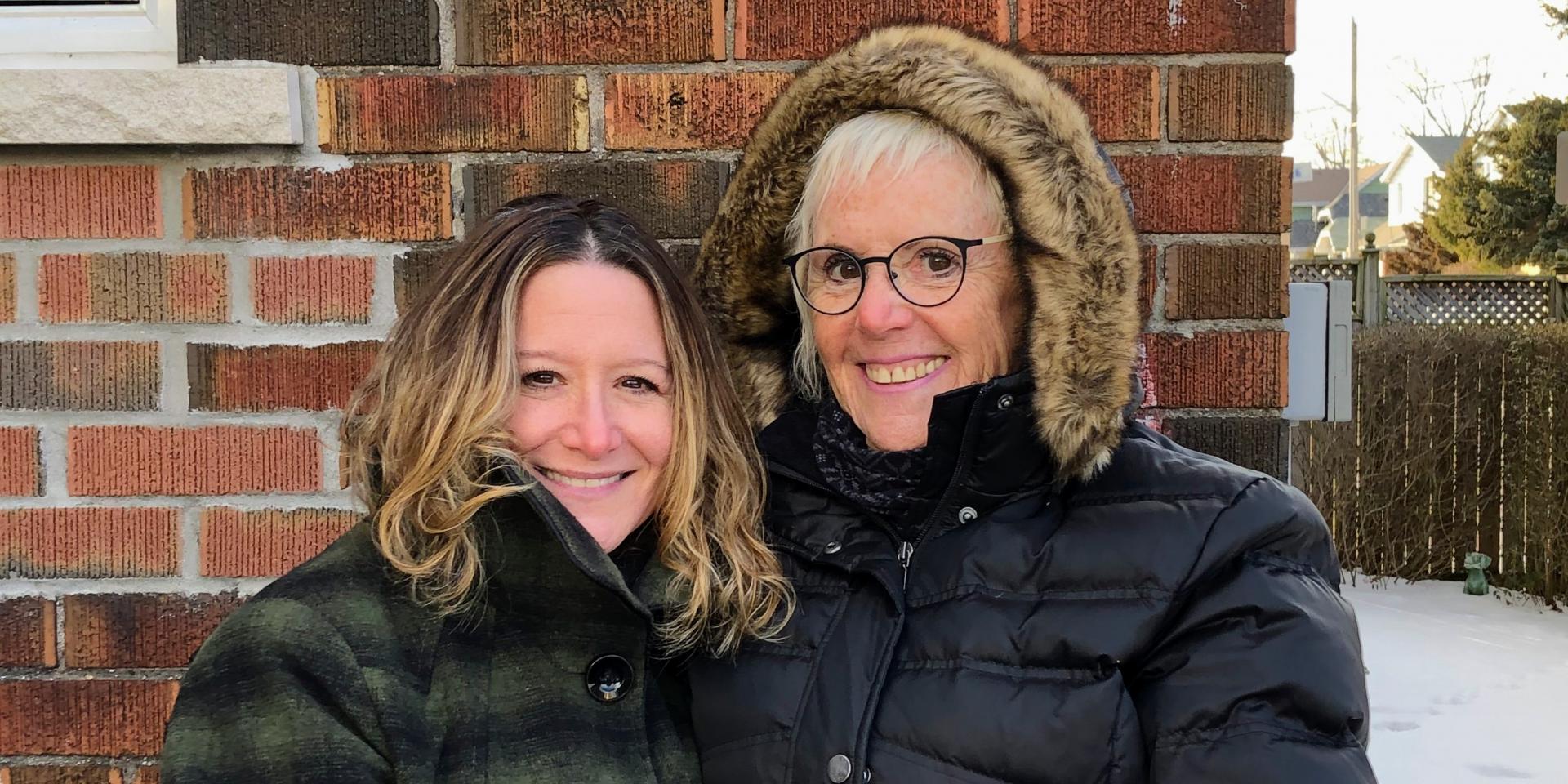 A chance CT scan leads to an unexpected diagnosis

"Like each of my experiences with Michael Garron Hospital, this one with my mother was exceptional."

It was the summer of 2019, and Kelli Helpert was concerned. Her mother, Rozi Trotter, and stepfather had just returned home from a trip to Scotland, and Rozi was feeling unwell.

“At first she thought it might just be jet lag, but it dragged on too long,” says Kelli. “The next day she called me and said ‘something is wrong, I just don’t feel well’. So we made the decision that we should take her to emergency at Michael Garron Hospital (MGH).”

Once they arrived, things moved quickly. Rozi was examined several times by the emergency physician on call, and underwent tests and blood work. She also happened to mention to the physician that she had been concussed for several years and had been under the care of a neurology specialist at another hospital, and so a CT scan was added to the list of tests.

“The physician came back and told us that while the CT scan of my mother’s brain was fine, the scan had picked up something on the upper lobe of her lung,” explains Kelli. “This was by sheer luck, because the scan just happened to catch the top of this shadow.”

But ‘good fortune was on our side”, says Kelli. Shortly after Rozi’s emergency diagnosis, she became a patient of Dr. Gazala, thoracic surgeon at MGH, and at the end of September (thanks to a fortuitous cancellation), she was booked into surgery.

Although half of her lung was removed, Rozi’s cancer was localized in the area captured on the scan, and thankfully she did not require radiation or chemotherapy.

“Because she was in such great physical condition to start, her recovery, although emotionally difficult, was physically relatively quick,” says Kelli.

Today Rozi is doing well. Her regular check-ups have shown no return of cancer, and she is grateful for the care she received.

“Going on 18 months after my diagnosis, Dr Gazala and his assistant Anna, continue to treat me the way I know they would treat one of their own family members,” says Rozi. “The quality of medical care and kindness provided to me by everyone reassures me and inspires confidence in my recovery. When my daughter Kelli asked what I wanted for my birthday, I did not hesitate to say, ‘a donation to Michael Garron Hospital’".

For Kelli, her mother’s experience reinforces what she already knew about Michael Garron Hospital.

“I’ve lived in East Toronto for more than 20 years and from the time my kids were little until now, MGH has always provided outstanding care for my family. Like each of my experiences with MGH, this one with my mother was exceptional. The care she received was responsive, kind and intuitive. Her team provided her with a sense of ‘we got this’, so she was able to feel safe and cared for. Donating to MGH is our way to say thank you.”

If you've received outstanding care at MGH, please consider making a donation to show your appreciation.