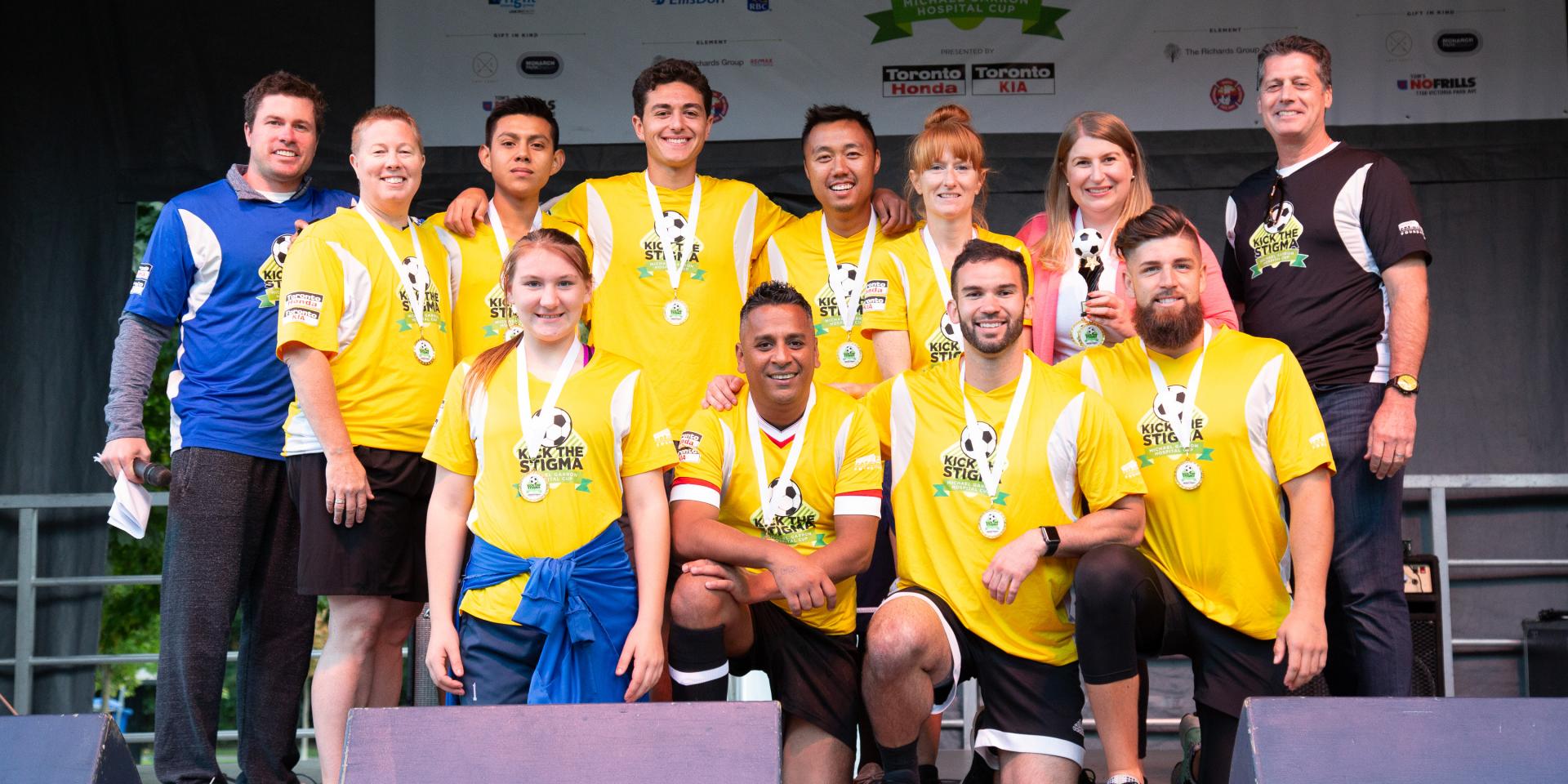 The weather was fantastic and the competition was fierce. Most importantly, the sense of community was strong as soccer players, community members, sponsors, volunteers and hospital staff rallied together for the Michael Garron Hospital Cup: Kick the Stigma at Monarch Park on September 22nd.

Thanks to our participants and supporters, Kick the Stigma helped raise over $200,000 in support of new mental health facilities at Michael Garron Hospital—a key component of our hospital's $500-million redevelopment project. The Heart of the East Campaign—our $100 million fundraising effort in support of the project—will help provide more welcoming spaces at the hospital to help our community members struggling with mental health move forward with their lives.

Thirty-two teams faced off for a chance to be the first Michael Garron Hospital Cup champions, but only three were successful: Thoracic FC in the junior division, presenting sponsors Toronto Honda in the competitive division, and—fittingly—Beckham’s Offspring, comprised mainly of Mobile Crisis Intervention Team (MCIT) members and supporters who tasted glory in the recreational division.

MCIT is a collaboration between six Toronto hospitals and the Toronto Police Service. Mental health nurses are paired with police officers to respond to situations involving people experiencing in mental health crisis.

“The teams are spread across six hospitals and the police service, covering the entire City of Toronto,” says Leah Dunbar, MCIT Project Manager. ”It can be a stressful job and they work hard, so this was a good opportunity to come together and do something fun.”

Leah was also proud to support the hospital where she works.

“It’s such a big step to recognize that mental health is health,” she says. “Dedicating a whole floor and a half shows a level of commitment at Michael Garron Hospital—that mental health facilities are recognized as just as important as other parts of the hospital.”

We’re grateful to everyone who participated—players, sponsors, volunteers and neighbours—and helped make an investment in the health of our community.