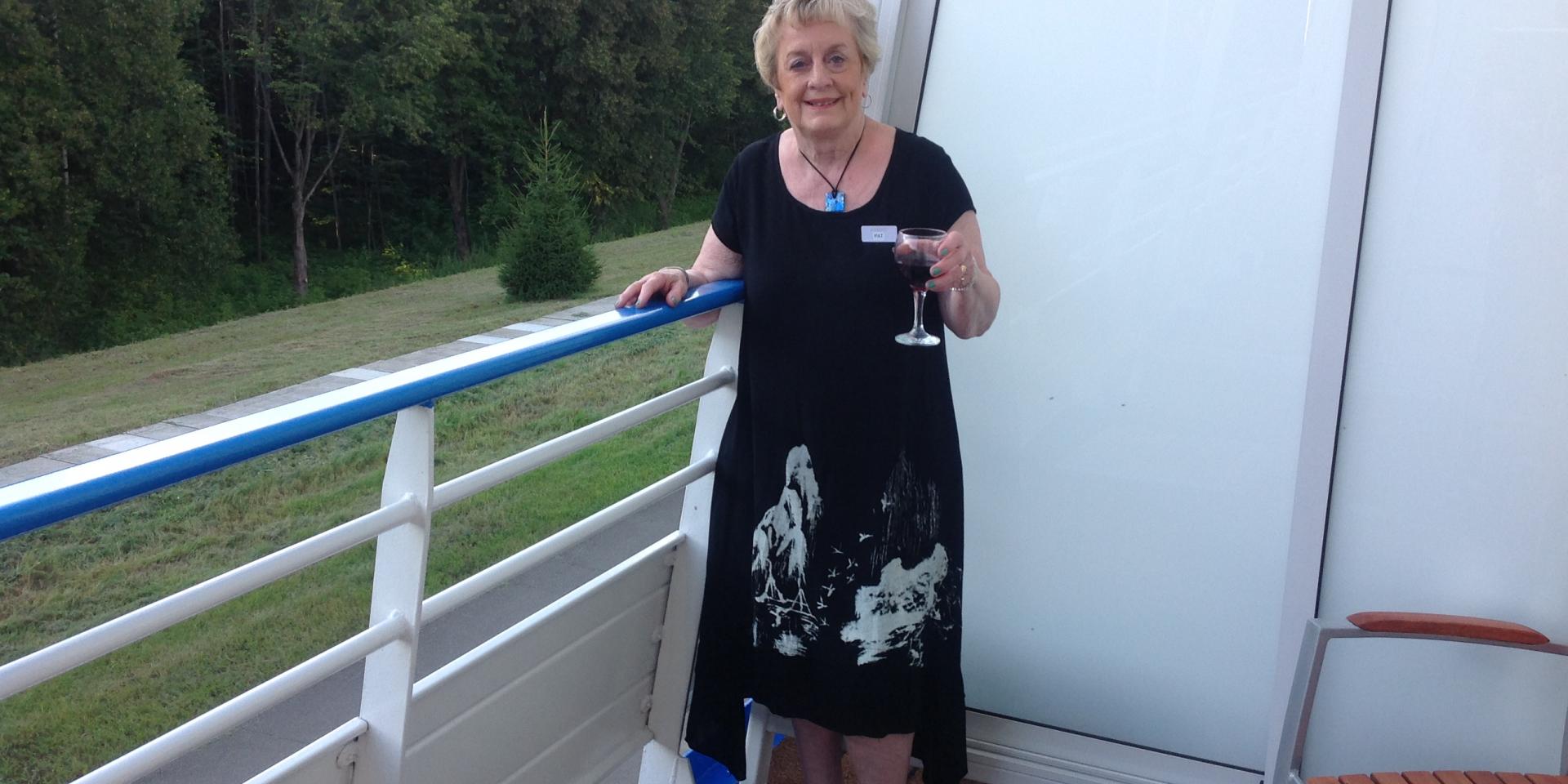 An early arrival leads to a lifetime of giving

Born three months premature, doctors told her father that there wasn’t much hope for either her, or her mother. Several days later they told him that his wife would be fine, but that Pat would have significant medical problems—if she survived at all.

But, after three months of care in the hospital, Pat was back home, remarkably suffering no long-term health effects from her early arrival. “Whatever the doctors and nurses did, they saved my life,” she says.

Pat’s first experience at Michael Garron Hospital left a lasting impression, and the hospital has remained a significant part of her life.

But it’s her cousins, Preston and Edith Sewell, who Pat credits for truly inspiring her to give back to the hospital. A founding Director of the Hospital Research Board, Preston served on the Foundation and Hospital Boards, and both he and Edith were long-time volunteers at the hospital.

Following in their footsteps, Pat volunteered in the hospital gift shop during her working years and into retirement, and says that there is a rich culture of volunteerism here.

“From the people who sweep the floor right up to the president—people care about this place and about making a difference in the community.”

“The fact that people enjoy volunteering and working here really tells you a lot about this place,” she says. “From the people who sweep the floor right up to the president—people care about this place and about making a difference in the community.”

Although Pat no longer volunteers her time at MGH, she stays active.

“In retirement, you have the freedom to be as busy or as relaxed as you want to be,” says Pat.  She takes yoga classes and writing courses at her local community centre, and enjoys travelling—most recently a 15-day river cruise in Russia.

A reason for giving

Pat has donated to the hospital for years, but felt she could make a significant contribution by making a planned gift. And she encourages others to do the same.

Pat’s reason for giving back to MGH is simple. “Because of the work of a lot of people, I’m here today,” she explains. “I want to give back and thank them. Leaving a gift in my will is an easy way to do that.”

May is Leave a Legacy month—a national initiative that encourages the public to consider their philanthropic goals through planned giving. If you would like more information on how you can include MGH in your will, or if you have already left a gift in your will to MGH, please contact Yolanda Bronstein, Planned Giving Officer at Yolanda.Bronstein@tehn.ca  or 416-469-6580 ext. 2161.