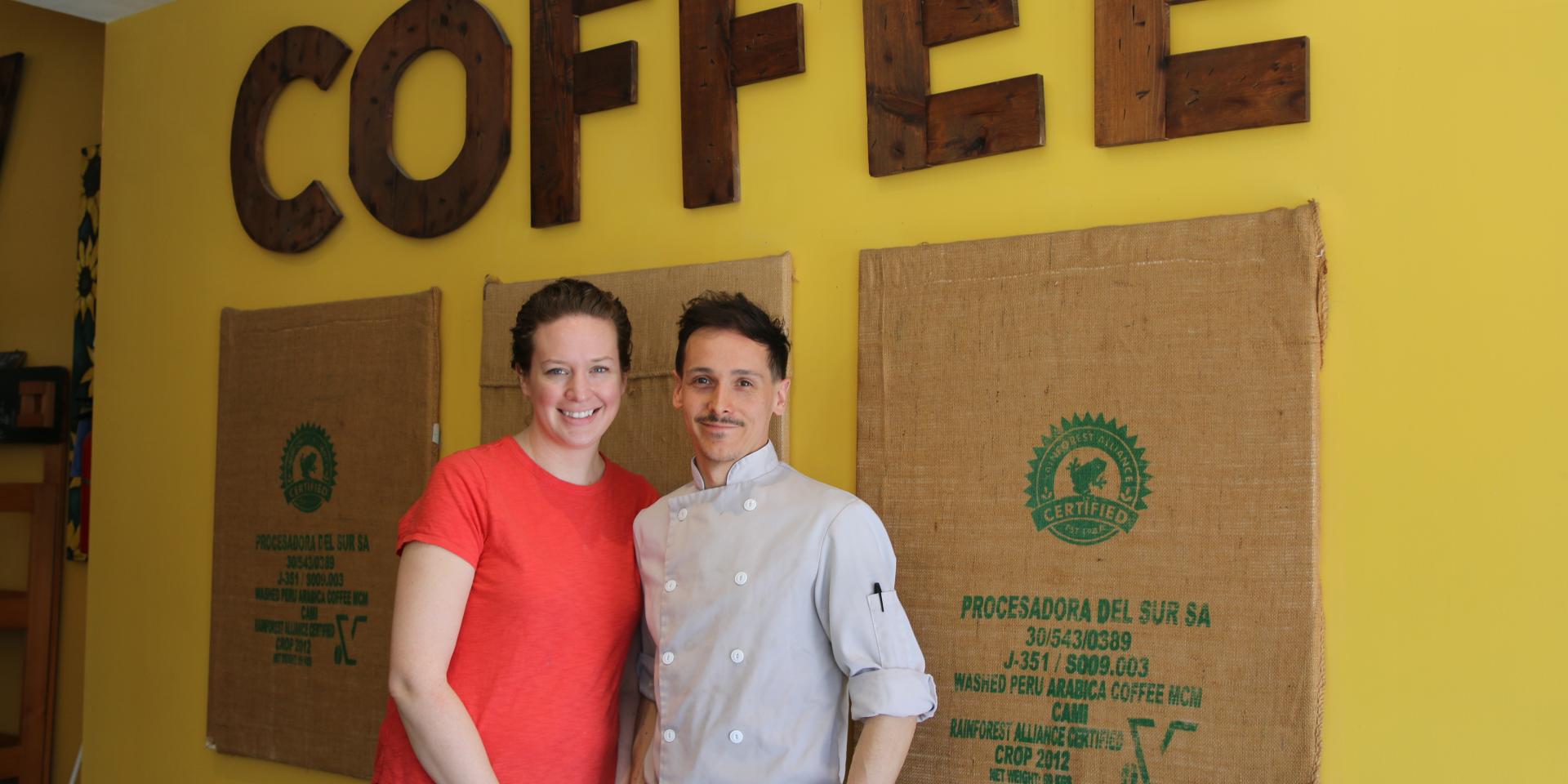 Community support is helping business at Celena’s, and it's this support that motivates owners Richard and Celena to give back by supporting their community hospital.

Long before the morning rush hour traffic begins to back up along the Danforth, Richard and Celena Cambridge are already hard at work in their bakery, kneading and mixing the delicious bread and pastries neighbourhood regulars crave.

Celena’s Bakery is situated on a thriving stretch of Danforth, just east of Woodbine, but the location wasn’t the couple’s first choice when they first opened nine years ago.

“At the time, there was absolutely nothing around and our friends and family didn’t understand why we were considering it,” says Celena. “But it was a great, central spot, close to the subway and in a high traffic area.”

In recent years, this East Toronto community has experienced a rebirth with an influx of local businesses.

“Since we’ve opened, so many other great places have popped up. It’s been really encouraging to see the growth in businesses here,” Celena says. “For such a big city, we always say this area is like being in a small neighbourhood. Everyone knows each other, and we see lots of regulars at the bakery.”

Giving back is the least we can do

Community support is helping business at Celena’s, and that support is why giving back to their community hospital is so important to Richard and Celena.

“I grew up in this neighbourhood, and as a kid with asthma, I frequently visited Michael Garron Hospital. Even back then, the paediatrics department made an impact on me—they had a great way with kids,” remembers Richard. “Two of our sons were also born at the hospital.”

Earlier this year, Celena’s Bakery participated in Michael Garron Hospital's Love the East program, by running a special promotion from February 1-14, coinciding with Valentine’s Day and tying into Michael Garron Hospital’s Heart of the East campaign. They sold special heart shaped cookies for $2 each, and proved to be so popular that they sold out most days, and sold out entirely the day before Valentine’s.

“We thought it was a great way to get the community to rally around the hospital,” says Celena.”It’s easy for people to spend $2 for a cookie with their morning coffee, and know that money is going to a great cause.”

The initiative raised $750 for the hospital, and left Richard and Celena inspired to “go bigger” next year. And they’re already planning a special promotion for Mother’s Day to benefit the hospital.

“As a community business we’ve been really fortunate, and I think we have a responsibility to give back, particularly to our local hospital,” says Richard.” The medical staff there dedicates their lives day and night to providing care for the community. Supporting them is the least we can do.”

“Everyone will eventually come into a situation in their life where they’ll understand why a local hospital is so important,” adds Celena. “It’s a valuable community resource we all need.”