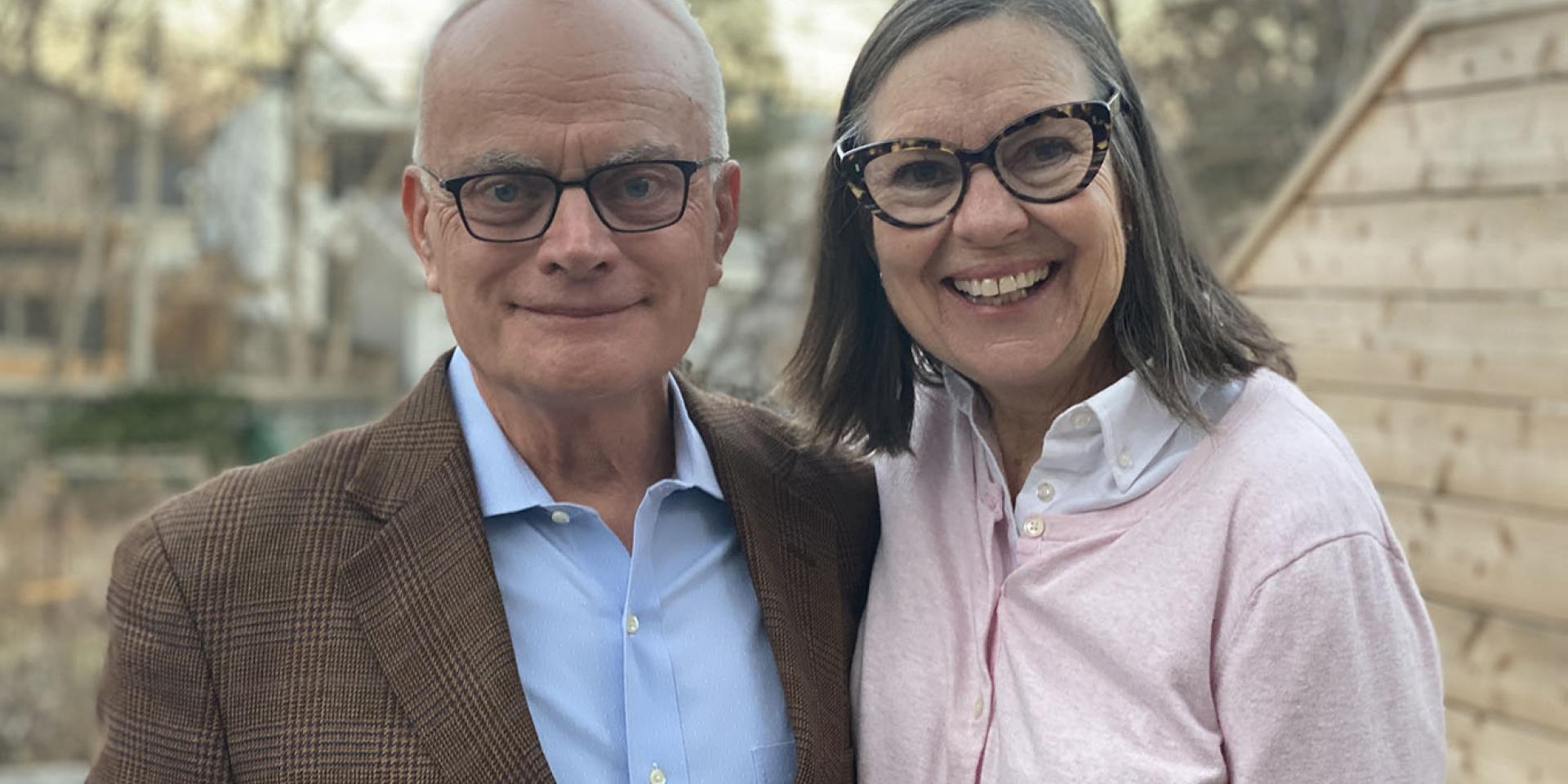 At age 67, East Toronto resident Jack Gibbons assumed he had plenty of healthy years left. He led a physically active life and had longevity in his genes, with his parents living well into their 80s and 90s. But after finding blood in his urine, Jack was diagnosed with bladder cancer. It was a shock that made him question his assumptions.

“It was terrifying to hear that I had cancer,” says Jack, who learned just days before Christmas 2021 that there was a tumour on his bladder.

As difficult as the situation was, Jack was grateful to be in the care of Dr. Rajiv Singal, urologic oncologist and chief of surgery at Michael Garron Hospital.

“Dr. Singal treats his patients as human beings, with great respect and compassion,” Jack says. “He’s always positive and focused on the next steps to beat the cancer.”

Dr. Singal’s calm demeanour reduced Jack’s anxiety, as did the prompt care he received at a time when surging COVID-19 cases raised the unnerving prospect of potential delays. “Dr. Singal was always willing to meet with me and my family, answering all our questions. He never rushed us.”

Cancer-free thanks to expert care

Dr. Singal used a minimally invasive procedure to remove Jack’s tumour, but additional diagnostic work revealed the cancer was invading deeper into his bladder. While in North America this is typically treated by removing the bladder entirely, Jack would have had to use a urinary pouch for the rest of his life. “That was a very unpalatable outcome to me,” he says.

So Dr. Singal suggested a bladder-sparing approach involving six weeks of chemotherapy and radiation delivered at the same time. “I’m so grateful to him for making me aware of my options and for supporting me in choosing the non-surgical approach,” Jack says.

His gratitude also extends to Michael Garron Hospital medical oncologist Dr. James Bin and the nurses in our chemotherapy unit. “They all were absolutely fantastic and very compassionate.”

Four months after completing treatment, Jack met with Dr. Singal and received the terrific news that no cancer remained in his bladder. “I’m cancer-free at the moment, and I’m hoping that will last forever,” says Jack, who will continue to meet with Dr. Singal for regular check-ups to ensure his cancer has not returned.

Giving back to make our hospital even better

This wasn’t the first time Jack received outstanding care at our hospital. In 2019, he broke some bones in his hand when he fell during a tennis match. Following a visit to our Stavro Emergency Department, surgeon Dr. Brett Beber examined Jack’s hand and determined he needed urgent same-day surgery.

“Dr. Beber stayed late that night and did the surgery at 8 p.m. He did a fantastic job,” says Jack. The function in his hand recovered 100% and he has since resumed playing tennis competitively.

Jack’s experiences at our hospital motivated him and his wife, Mary, to make a generous donation. “I’m so indebted to Michael Garron Hospital, the doctors and the nurses for saving my life. My view is that donating is the least we can do to partially pay them back and thank them,” he says.

“I want other people in the community to also have this great treatment, and anything we can do to help make the hospital even better – that’s wonderful.”

Your gift will help our staff provide the best possible care for everyone who needs us.