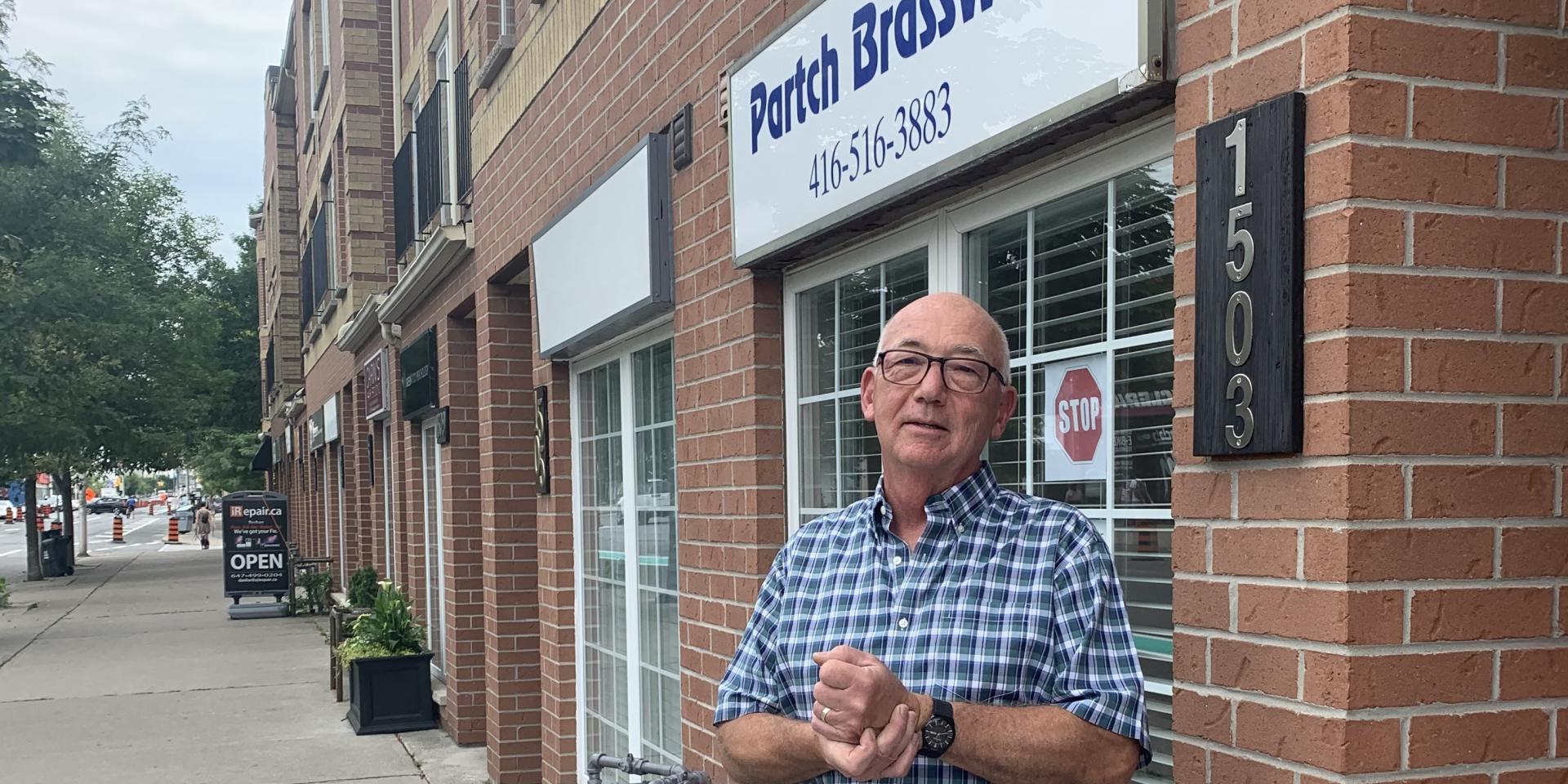 Hand therapy clinic helps patient get back to music

Four years ago, Ron Partch was hard at work when his life changed.

As a member of a Toronto sailing club, Ron works together with others to maintain the facilities. That day, he was cutting a section of plastic pipe when he slipped and sliced his hand with the knife he was using.

“I watched my hand splay open, and three of my fingers didn’t work,” Ron recalls. "I had cut four tendons – almost all of the muscles in the palm of my hand.”

Ron was taken by ambulance to Michael Garron Hospital’s Stavro Emergency Department, where his hand was quickly stitched up. A few days later he met Dr. Linda Dvali, plastic surgeon, at the hospital, where he underwent a three-hour surgical procedure to repair the severed tendons and muscles. It was a complicated attachment process that Dr. Dvali compared to “sewing two paintbrushes together”.

Ron woke up with a cast on his hand, that was replaced by a splint two weeks later. He was instructed not to use his hand for seven weeks, a devastating blow for someone who makes a living using his hands. Ron, a musician and master craftsman owns Partch Brasswind – a musical instrument repair shop in East Toronto. He was forced to close his shop while he recovered.

After a period of healing, Ron continued his recovery at Michael Garron Hospital’s hand therapy clinic where he underwent intense physiotherapy sessions – 83 times over the course of a year – to help him regain use of his hand.

“I had all kinds of exercises I needed to do,” he says,” and they would often take up to two hours a day to do them properly. But I did absolutely everything they told me to do, and things progressed exactly as they promised.”

He speaks highly of the medical staff at the hand therapy clinic.

“My physiotherapist, Arwen Atkinson, was the one who helped me,” he says,” but ‘helped’ is an understatement. She was amazing, and wanted me to get better at least as much as I did, probably more.”

Over the course of a year, and 83 physiotherapy sessions, Ron made remarkable progress.

“I went from not really being able to move my hand, to meeting major milestones like being touching my fingers to the palm of my hand," recalls Ron. "I remember asking my physiotherapist how I was doing about 60 visits in, and she told me she was astounded at how far I’d come.” While he was being treated at the hand therapy clinic, Ron and other patients benefited from the use of a special piece of equipment called a HawkGrips tool, used for loosening and releasing scar tissue. The tool was on loan to the hospital with no money in the budget to purchase one. Ron purchased the equipment for the clinic, and continues to donate to Michael Garron Hospital’s hand therapy program.

“I feel really good about giving to something that I’ve benefited from,” says Ron. “I know my money is doing good at a hospital that really is first rate.” Today Ron is back at his shop doing what he loves best. Though he’s had to make some adjustments, he’s amazed at how far he’s come.

“In terms of strength, my hand is about 80%, and its use is about 70%, but really I’m so grateful it works at all,” says Ron. “Everyone at the hospital went above and beyond to help me get the surgery and therapy I needed. I can’t imagine the care I received at Michael Garron Hospital being better anywhere else in the world.”