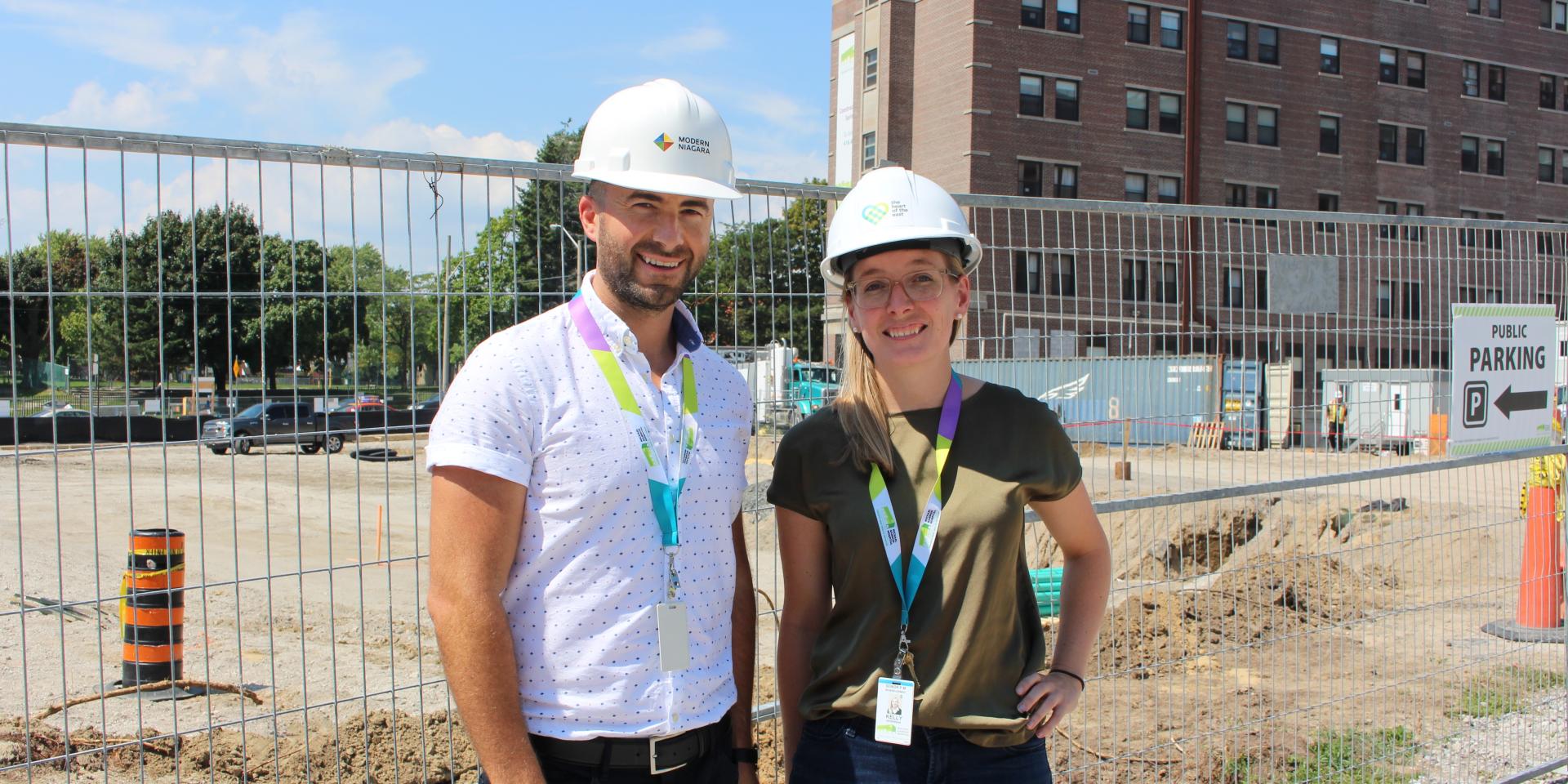 Heeding the ball of duty

For Kelly Henderson and Tim Theodosiou, constructing a soccer team seemed like an obvious choice

"We were touring the hospital construction site with some of the team from Modern Niagara and saw the posters for the Kick the Stigma tournament,” says Kelly. “We thought this could be a great opportunity to do something fun as a team outside of the tight deadlines we face on a daily basis.”

Ball of Duty, a blend of individuals from the MGH redevelopment team and Modern Niagara is ready to embrace their inner Cristiano Ronaldo and compete in the first annual Michael Garron Hospital Cup: Kick the Stigma, on Saturday, September 22.

Mental health affects everyone Tim says that the cause is one that resonates with many team members.

“Raising awareness around mental health is something we feel really strongly about,” he says. “A lot of our team members live here in the community, so it makes it that much closer to home. We know that the funds raised from this event will have a direct impact.”

"We know that the funds raised from this event will have a direct impact.”

The team has already surpassed its fundraising goal—kick started with a generous donation of $3,000 from Modern Niagara—and Tim says the early hard work of the team has quickly resulted in an impressive fundraising outcome.

“We probably set the bar too low!” Tim says. “We met our goal so quickly that we’re now reconvening to see how much more money we can bring in. We’re reaching out to friends and co-workers, and we’ve seen great engagement. Everyone sees this as an important cause.”

Rallying for the cause Ball of Duty is confident they’ll do well in the tournament. Tim describes the team members from  Modern Niagara as “young, energetic people”, and Kelly says that they selected their teammates wisely.

Outside of its players, the team has also recruited friends and family to come out for the community festival which will run all day and into the evening with live music, games, a beer garden and a diverse offering of street food.

As Tim says, “the more people we can bring out to this event, the more we can help it grow in future years.”

“... the more people we can bring out to this event, the more we can help it grow in future years.”