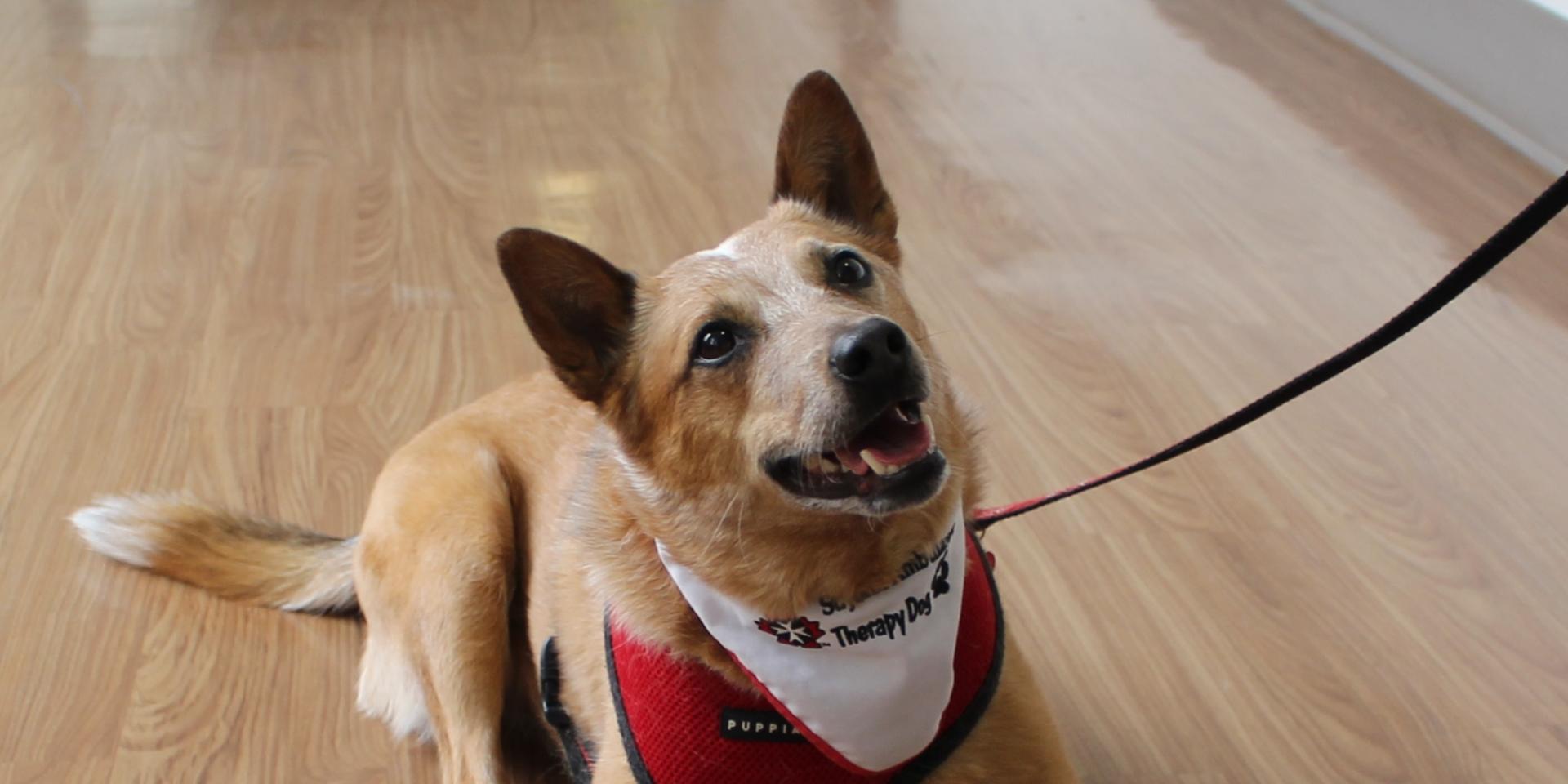 At Michael Garron Hospital, Pablo’s only job is to put smiles on faces.

Pablo isn’t your typical hospital volunteer. He’s a dog, for starters—an Australian Red Heeler. He’s missing a leg after a run-in during his previous career as a cattle herder. He counts the dingo as part of his ancestry.

And while all our volunteers excel at making patients’ days a bit brighter, bringing joy to people is Pablo’s entire job description.

“Putting smiles on faces is Pablo’s mission statement,” says John Harper, his human companion and handler. “He’s very good at picking up on people’s moods and emotions, and if someone is having an especially bad day, he will guide me towards them.”

John and Pablo are members of the St. John Ambulance Therapy Dog Program, where Pablo is one of more than 3,300 dogs across Canada qualified through the program to visit hospitals, seniors, schools, and other places where people could use a comforting presence.

Pablo has a busy volunteer schedule: in addition to visiting patients at Michael Garron Hospital, Pablo visits two other Toronto hospitals and the special-needs class at East York Collegiate Institute. And last summer, he provided support to athletes at the Pan Am Games.

When he’s not volunteering, Pablo enjoys riding in the sidecar of John’s motorcycle, snuggling with his canine housemate, Shimmer—also a St. John Ambulance therapy dog volunteer at the hospital—and herding the family’s three cats.

Pablo’s weekly visit to inpatient Mental Health Services at the hospital is a highlight for staff and patients alike.

“He doesn’t care if someone is having a bad day,” says John. “He draws isolated patients from their rooms and brings them out of their shell.”

Volunteering gives a sense of purpose

Helping those affected by mental health is a passion for John. After retiring as a civil servant, John volunteered for a decade as a suicide prevention phone line volunteer with Distress Centres of Toronto, and also volunteered in the kitchen at the Good Shepherd Centre. When a stroke made that work difficult, he began volunteering in the emergency department at Michael Garron Hospital, where he had been a patient. He began visiting the hospital with Pablo a few years later.

"What could be better than volunteering as a team with my best friend?”

“Volunteering gives me a sense of purpose and giving back,” says John. “It’s selfish, really—I get to meet a lot of people and watch Pablo put smiles on faces. What could be better than volunteering as a team with my best friend?”