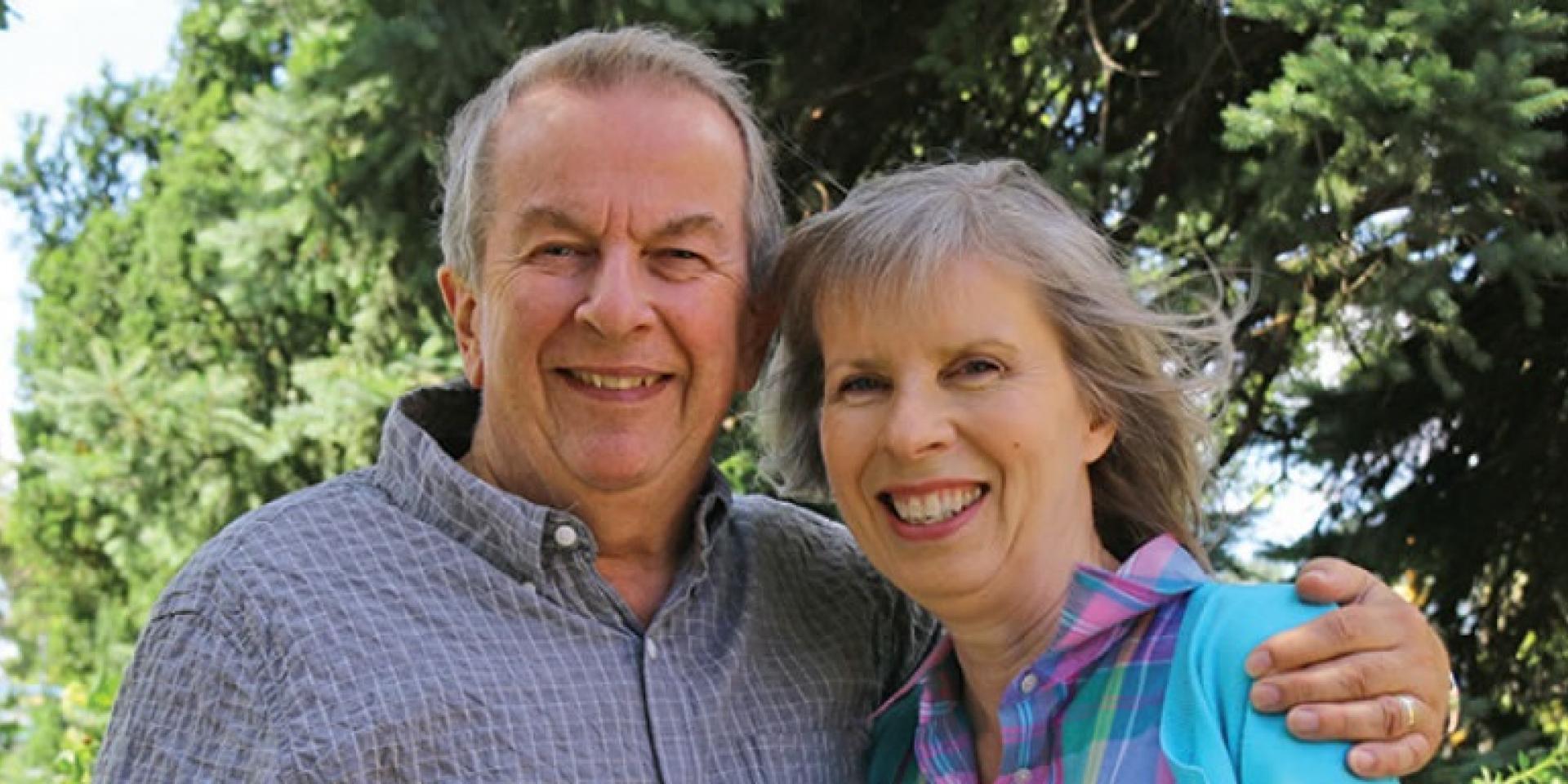 How a fainting spell revealed an unexpected cancer diagnosis

Rick Eglinton remembers the turn of fate that saved his life.

He had been working around the house, preparing to host good friends for the Civic long weekend three years ago. When it was time for a little lunch break, he made a sandwich and sat down.

What happened next is a blur that left his sandwich and drink all over the living room floor. Rick had passed out. And he didn’t know why.

When Rick told his wife Anita what had happened, she insisted that they postpone their gathering with friends and go to emergency at Michael Garron Hospital. “That decision saved my life,” says Rick.

Without wasting any time, Rick’s care team ordered a battery of tests to figure out what had happened.

The tests led to a puzzling diagnosis. A chest x-ray showed a suspicious lesion in
Rick’s right lung. After a chest CT, Rick was diagnosed with lung cancer. He remembers, “We were shocked. How could a non-smoker have lung cancer?”

Just a few months earlier, Rick had undergone an unrelated chest x-ray at a different clinic. “My GP thought I had pneumonia,” Rick explains. That x-ray showed no sign of cancer.

From treatment to recovery

The diagnostic tests continued after that initial night in emergency. These indicated that Rick’s cancer had not spread beyond his right lung. Cancer treatment began quickly and included surgery.

“From that first night in the hospital, Anita and I felt like we were in the right place. We had the best doctors, and kind staff that went out of their way to show they cared for me,” says Rick. “That’s deeply meaningful when you’re facing a life-threatening diagnosis like cancer.”

Michael Garron Hospital is designated a Level 1 thoracic surgery centre — a distinguished accomplishment for a community hospital. Today, Rick is cancer-free. “I don’t think about cancer anymore, I think about life,” says Rick. “I’m so very grateful to Dr. Simone, my cardio-thoracic surgeon, and to everyone who cared for me and Anita.”

One mystery remained. When Rick asked how the cancer was connected to his fainting, the response was surprising. “Turns out it had nothing to do with the cancer,” says Rick. “I’ll be forever grateful for that turn of fate that got me the care I needed just in time.”

“Anita and I have decided to give back, in deep appreciation of the wonderful care we received at Michael Garron Hospital. That’s why we’ve included the hospital in our will,” says Rick. “When you live in the community, it’s important to donate to your local hospital. We want future generations to benefit from the same exceptional care.”

Please consider joining Rick and Anita this year in giving back to Michael Garron Hospital. Your gift will help protect the health of everyone in our community. Donate today.