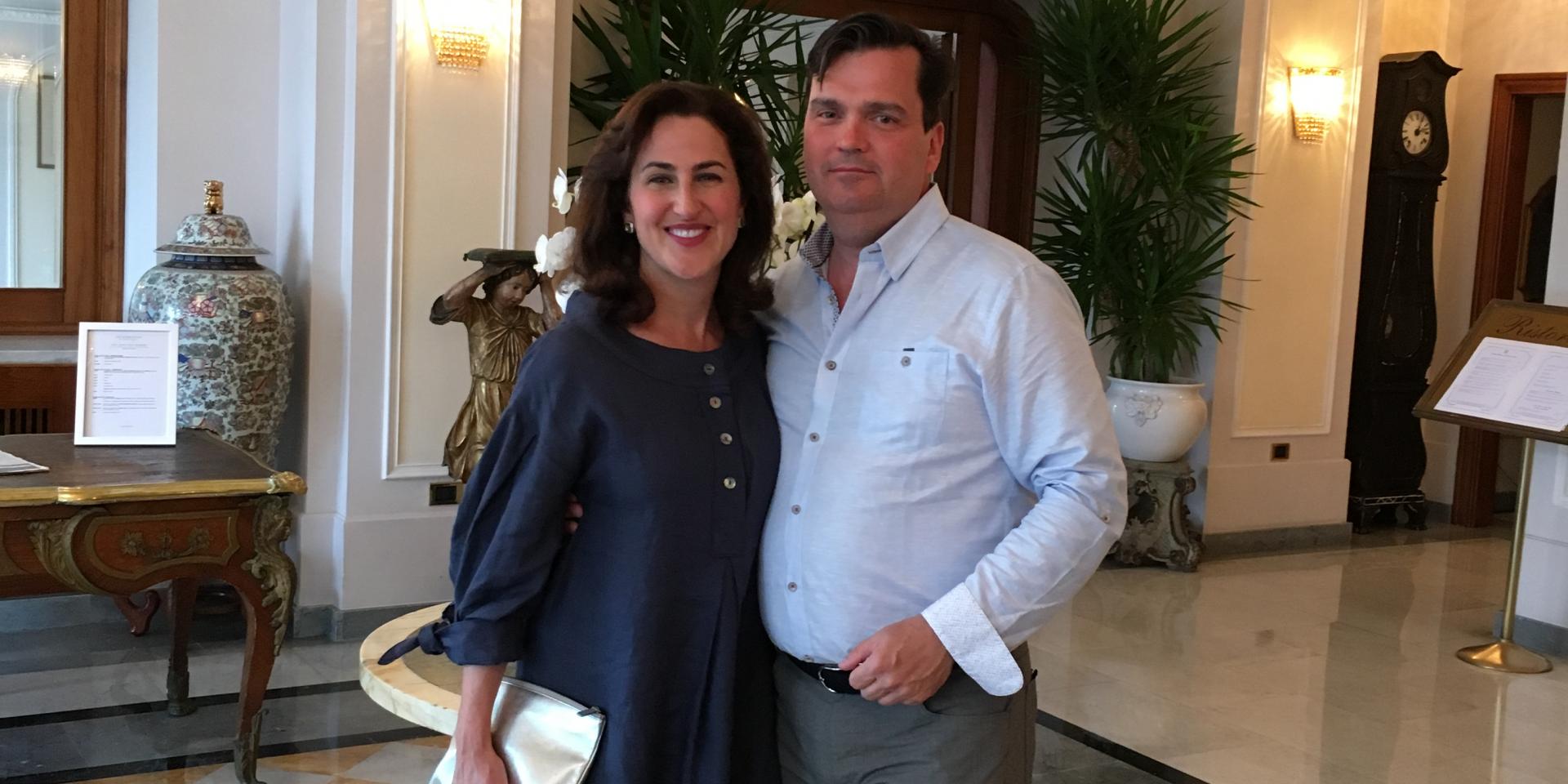 How a second opinion led to a new lease on life

Had it not been for his fiancée’s insistence that he get a second opinion, Rob O’Connor believes his life might be quite different today.

When tests revealed a rising prostate-specific antigen (PSA) level over an 18-month period, Rob’s family physician assured him that they would take a watchful approach. But Mary Martin, Rob’s then-girlfriend and now wife, wanted him to take a more proactive approach to his health and convinced him to get a referral to a specialist.

“The first day I saw Dr. Singal, he said ‘you likely have prostate cancer’,” recalls Rob, “‘but at your age, and in your condition, you’re someone whose life I can save.’”

It was just three months between first meeting Dr. Singal and his surgery date, and though Rob is grateful the process was so quick, he admits it was an emotionally turbulent time.

“In hindsight, three months isn’t long,” reflects Rob, “but the uncertainty of hearing you have cancer, getting biopsies, tests and a final diagnosis through to knowing there is a viable treatment and finally that the surgery was successful, was a roller coaster from an emotional perspective. Not just for me, but for Mary, my children and the other important people in my life.”

It was very early on in discussions with Dr. Singal that Rob first learned about minimally invasive robotic surgery for prostate cancer, using the da Vinci Surgical System Robot.

“Everything I read and heard indicated that it’s a far more accurate way to do the surgery and much less invasive,” Rob says, “and because of the accuracy, it’s more likely to be successful and lead to a quicker recovery.”

Rob remembers lying on the operating table before his surgery, looking up at the tall multi-armed robot and feeling a little daunted. “It felt a bit like an episode of Star Trek,” he laughs.” It really was something I had never experienced before and it looked a bit ominous.”

“He is a remarkable man and a remarkable doctor,” says Rob, “and he was able to reassure me that I was in the best possible hands throughout the entire process.”

Rob had his surgery on January 19, 2017 and was up walking as soon as the hospital staff would let him. He left the hospital the next day, feeling almost normal.

“I truly was back to myself once the anesthesia wore off,” he says. “There was very little pain – none really – and I was quickly back to my life. If anyone ever asked me, I would say you have to find a surgeon who performs surgery with this robot.  I really can’t imagine the alternative.”

Rob is grateful to his medical team and to Michael Garron Hospital. Following his surgery, he made a significant four-year donation pledge to show his appreciation.

“Dr. Singal and my experience at Michael Garron Hospital with the robotic surgery are the reasons why I made the donation I did’, he explains. “Going through something like this just gives you an entirely different perspective on life.”

Rob’s long-term outlook has truly changed. After losing his wife to ovarian cancer in 2012, Rob is looking forward to a life with Mary and their combined families.

“Life has taken a wonderful turn for me,” he says. “It’s frightening to think how different things could have been had I not gotten a second opinion. I truly owe my life to two people: Mary and Dr. Singal.”

If you've received outstanding care at MGH, please consider making a donation to show your appreciation.