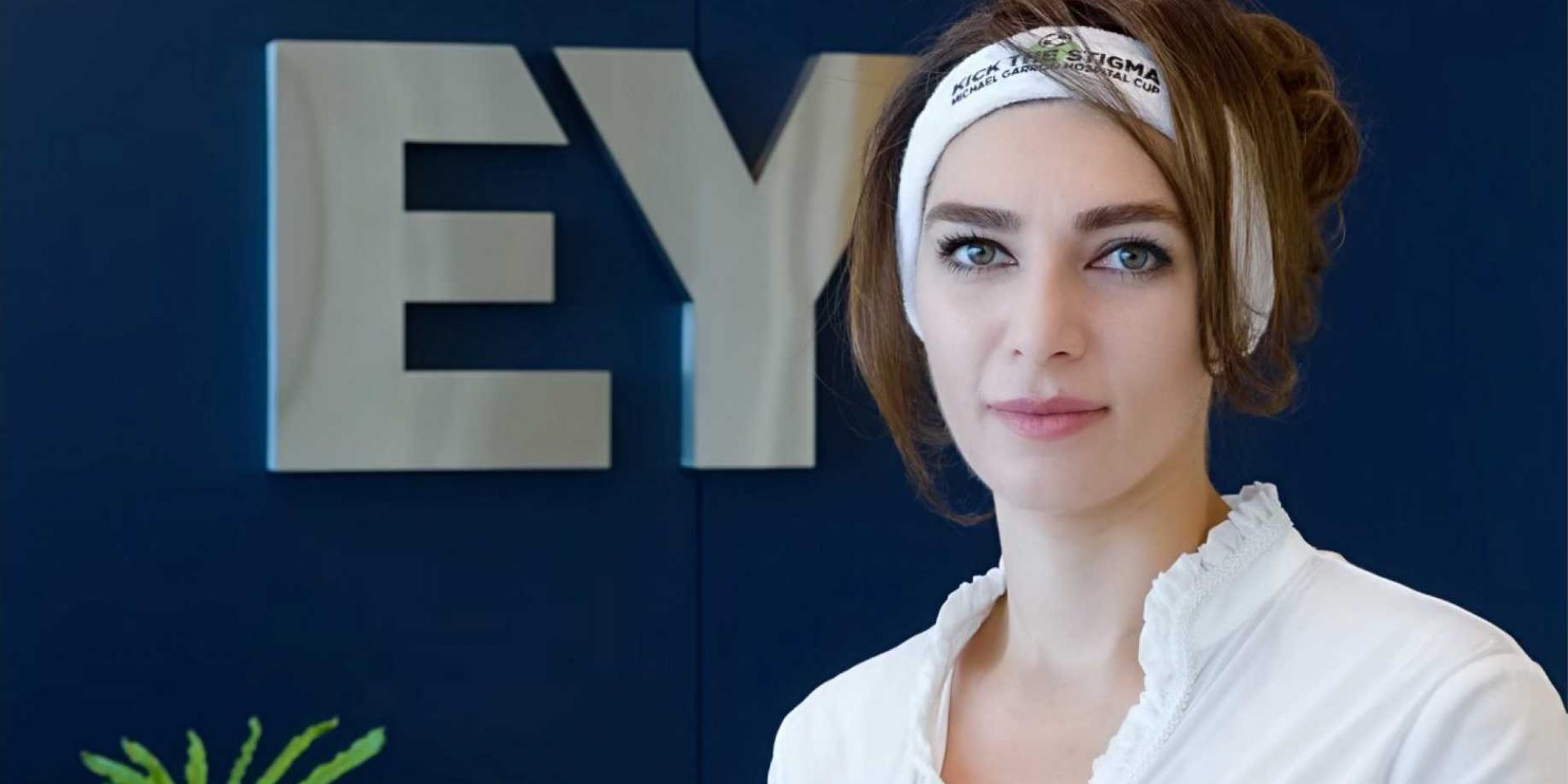 Kick the Stigma cause resonates with EY team members

Diana Arsenyan is proud to be part of an organization that believes in the importance of supporting its people: professionally and personally

When Diana Arsenyan first learned about Michael Garron Hospital Foundation’s Kick the Stigma tournament in support of mental health facilities at the hospital, the question wasn’t whether she’d like to get involved, but rather what kind of an impact she could make.

“My motivation for getting involved isn’t just to raise funds, but also to raise awareness,” she says. “Everyone, at some point in their life, will cross paths with mental illness – there should be absolutely no stigma associated with brain health.”

As Senior Account, Assurance Services with Ernst & Young (EY), Diana is proud to be part of an organization that actively promotes mental health.

“At EY, the mental and physical health of our people is as important as the quality of our work, and we’re committed to supporting employees and their families to help them live their best professional and personal lives,” says Diana. “This cause really resonates with my values and the values of my employer so we wanted to come together to help MGH build a state of the art mental health facility,”

“In my workplace teams, I always strive to foster a sense of belonging by creating an environment where all our people are comfortable enough to share their thoughts and feelings without any stigma associated with it,” Diana says. “In an inclusive culture, everyone should feel welcome to bring their full selves to work.”

Registering a team for Kick the Stigma was an easy decision for Diana. She quickly recruited her fellow EY employees – a diverse line up of players from across the company who are excited to support the cause.

“We have some young players on our team who are still in university and are completing their internships at EY,” says Diana. “In September they will be back at school in other cities, but what’s truly amazing is that they will be coming all the way to Toronto on September 21st to join us in supporting mental health and raising funds.”

Other Kick the Stigma teams may face some stiff competition from the EY contingent.

“Our EY soccer team is part of a weekly soccer league, and have won some trophies. Now they have even more motivation to show up to every practice and game, so they can bring the Kick the Stigma trophy to EY!” says Diana.

And the team is well on its way to reaching its fundraising goals driven in part by Diana’s creative “Kick the Stigma headband campaign”.

Diana reached out to her network, asking them to wear their Kick the Stigma headband and explain why they support mental health. Beginning September 3, she’ll post each person’s photo and message, and encourage others to donate to Kick the Stigma.

“I reached out to a diverse group of people to illustrate that people of all ages and socioeconomic backgrounds are very supportive of mental health,” she explains. “This initiative gets people talking, and will hopefully encourage them to donate. The largest single donation so far is $1,000 from an individual who for the second year has been generously supporting a very worthy cause!”