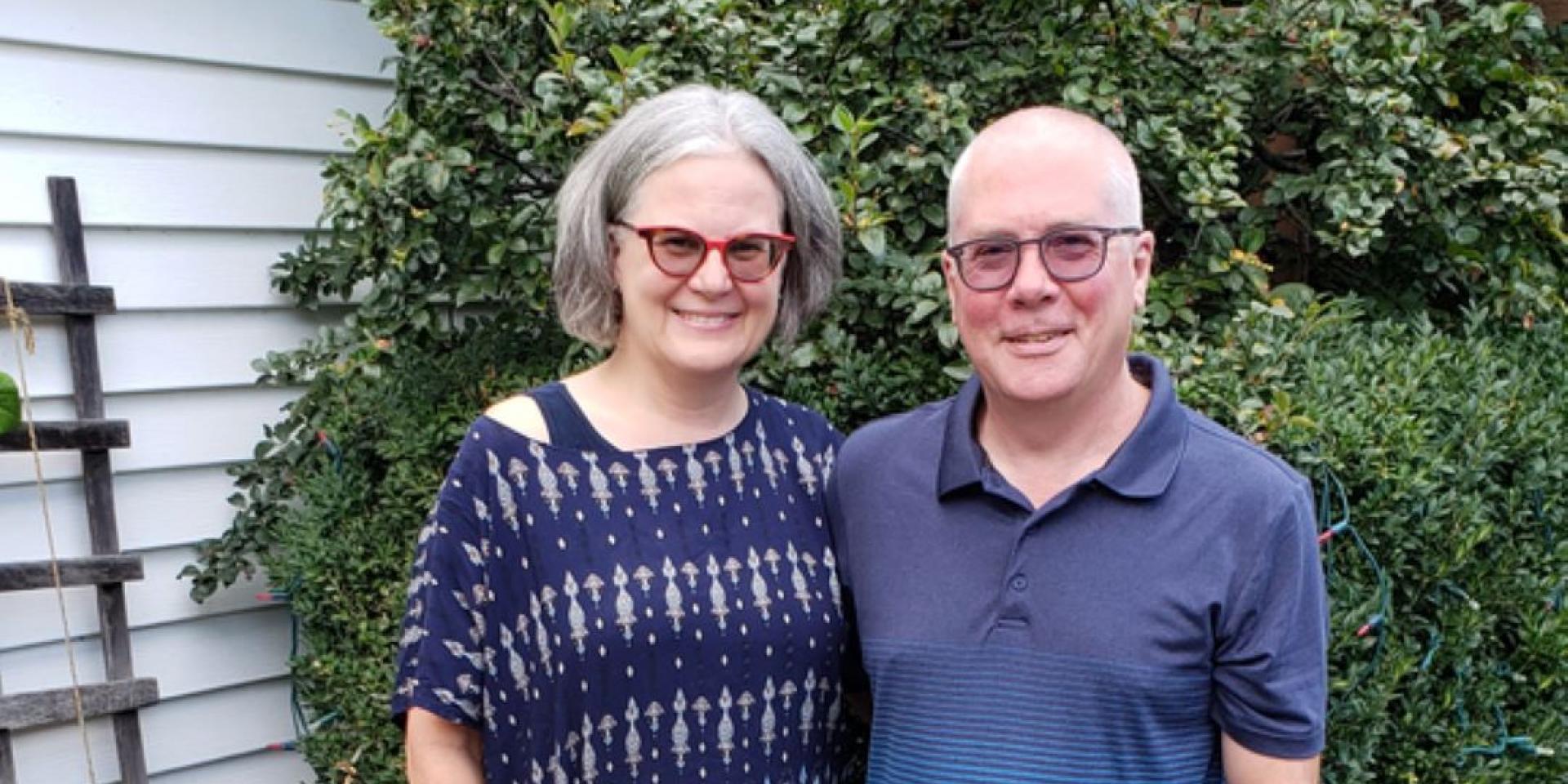 Leaving a lasting mark on the community you call home

Richard Shallhorn and Nancy Baker dedicate a room at MGH to honor their loved ones, and celebrate the community they love so dearly.

For Richard Shallhorn and Nancy Baker, Toronto’s east end has always felt like home. That’s why they found their way back here and continued to support the local community. Richard is a retired Information Technology executive, and his wife Nancy Baker is a former business manager and a published author with four horror/fantasy novels to her credit. While their story has many twists and turns, Michael Garron Hospital, and the community around it, was never too far from their thoughts.

Richard was born at Michael Garron Hospital (then called Toronto East General Hospital) in 1961. In 2016, Richard was grateful for the staff at MGH who cared for him in the Stavro Emergency Department when he thought he had a detached retina. Thankfully, it turned out to be something less serious, but Richard knew he was in good hands.

Nancy and Richard bought their first home in Toronto’s east end, later moving to Markham. They returned to East York in 2004, because of their love for the area and all it has to offer. “There are such great places to walk, which have been especially important during COVID,” says Nancy, “and it is a lovely place to live. There are so many people from everywhere – all over the world – and we have wonderful neighbours.”

Richard and Nancy began supporting MGH in memory of an elderly neighbour who passed away. When they retired, they made sure to budget some money each year for charitable giving. They decided to support MGH annually, as they knew how important a local hospital is to the community around it.

They decided to make a pledge to top up their annual support of the Heart of the East Campaign, to a total of $25,000 to name a patient room. The gift could be pledged over up to 5 years.

Richard and Nancy say they weren’t looking for recognition for their generosity. However, when they learned they could consider honoring their families, Richard immediately thought of his grandfather. It turns out that his east end roots are very deep! Richard’s grandfather lived at O'Connor and Broadview, and was a caretaker at the S. Walter Stewart Public Library. He even built a float for an annual parade, which featured a very young Richard and his sister tossing candies to the crowd– a very fond memory for Richard.

Nancy says that there are ways that people can make charitable giving work for their situation. "When you space out the donation over a few years, it is manageable. This kind of gift may not be the first thought that comes to mind, and you may think it’s out of your budget, but it’s actually an achievable thing.”

The east end community is very dear to Richard and Nancy, and they feel so fortunate to be able to give back to the place that has given them so much.

“MGH is a great local hospital,” says Nancy. Richard’s advice to others who are considering donating: “It’s in your best interest to donate. A healthier community means a healthier you.”

Would you like to dedicate a room in honour of a loved one?
With the Ken and Marilyn Thomson Patient Care Centre slated to open fall of 2022, MGH is calling on the community to help raise the final $20M. This is a way for individuals, families, businesses, and neighbours to leave a lasting mark on their hospital and show their philanthropic leadership and compassion for their community. If you would like to discuss a Room Naming opportunity or see what donation options work best for you, please email @email