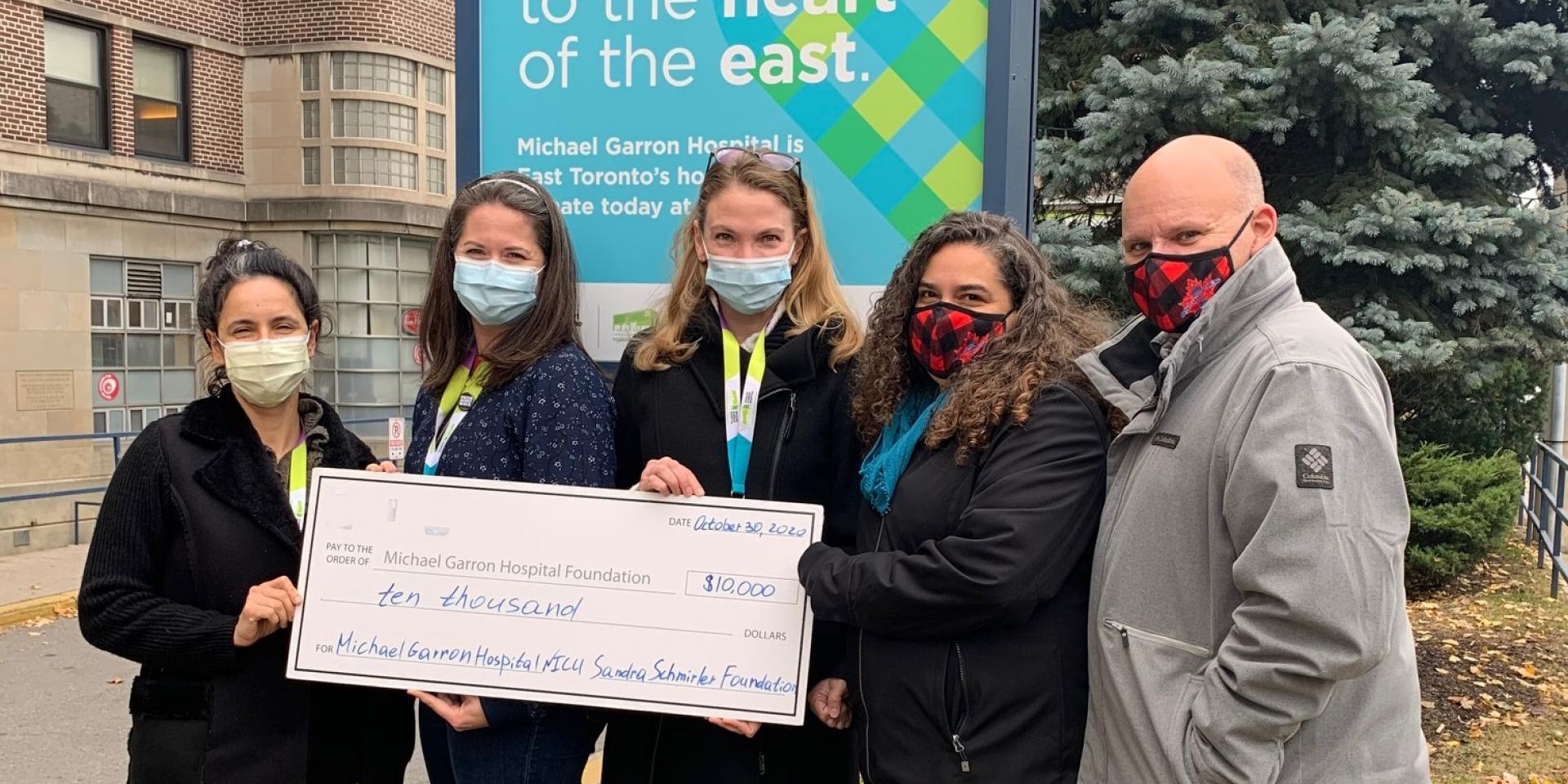 Choosing to give that grant to Michael Garron Hospital’s special care nursery was an easy decision for her and her fellow curling bonspiel committee members. “I was born at Michael Garron Hospital, and so was my daughter,” says Andrea. “I've lived in this community for my entire life, and my family has had many connections with the hospital both personally and professionally, so I was thrilled to be able to give back in this way.”

Together with other curling clubs across Ontario, the Royals were entered into a draw for the Spirit of Sandra Club Challenge – with the winner receiving a $10,000 grant to be awarded to a hospital NICU of their choice.

“Michael Garron Hospital has supported this community in so many ways, so our club was just thrilled to be able to give some of that support back to a part of the hospital that does such amazing work," says Andrea.

“Caring for some of our most vulnerable community members is important and rewarding, but it wouldn’t be possible without the legacy of Sandra Schmirler and the generosity of donors like the Royal Canadian Curling Club," says Jennifer Bordin, manager of the Maternal Newborn and Child (MNC) program and Special Care Nursery at Michael Garron Hospital. "We’re very grateful for this gift."