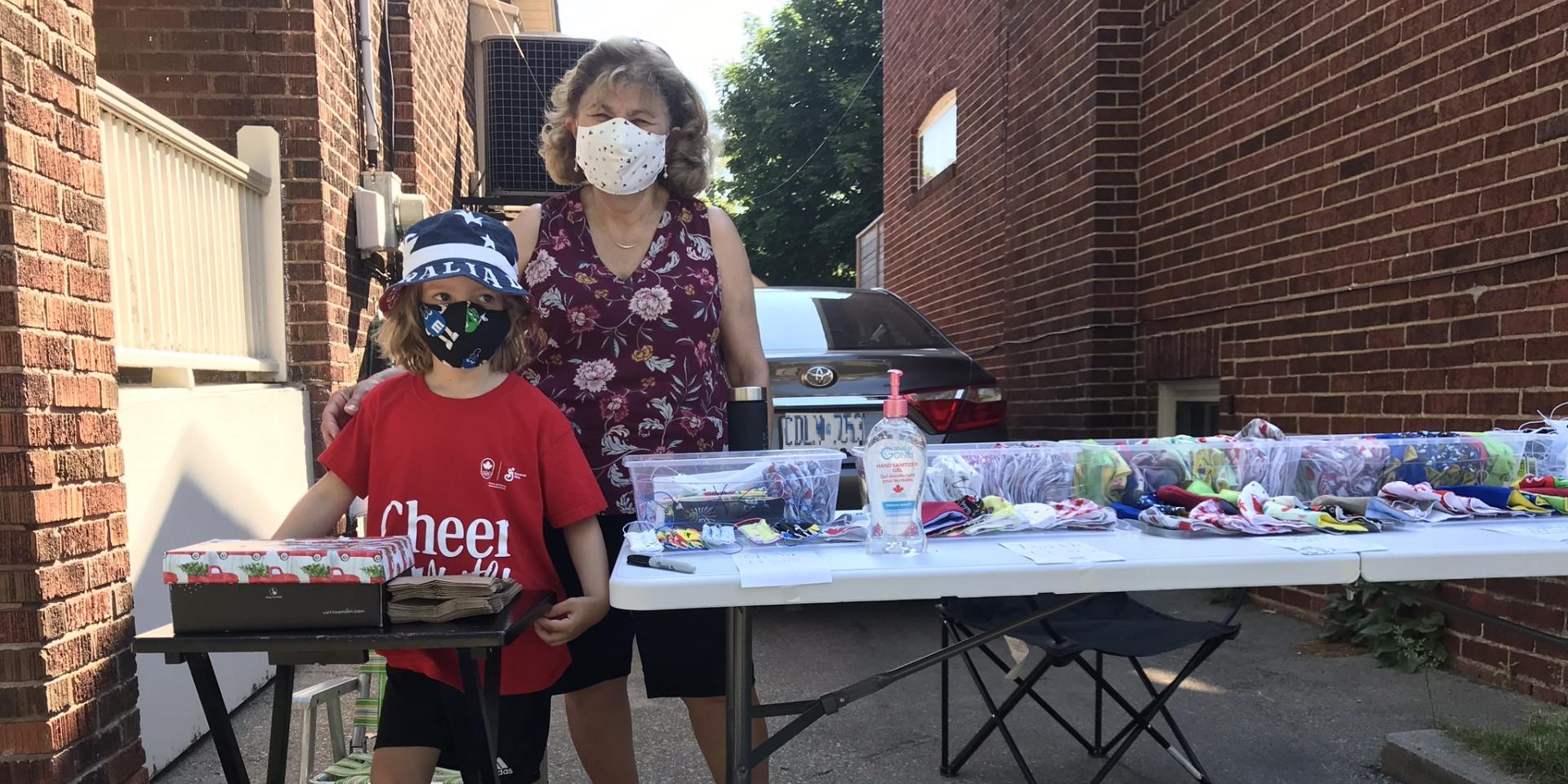 As a volunteer in Michael Garron Hospital’s Stavro Emergency Department, Lina Maiorana had to leave her duties behind when COVID-19 began to spread earlier this year.

But when Lina received an email from the hospital asking for volunteers to make masks, she knew it was a way she could continue giving back.

Though she admits the learning curve was steep, and her first masks “weren’t that great”, she soon got the hang of it and family and friends began requesting them.

“Some people wanted to pay me, and I wasn’t comfortable with that,” Lina says. “But my friend and her son Devlin suggested donating the money I raised to Michael Garron Hospital. I decided I wasn’t going to ask for money, but if people wanted to give, then I’d donate the funds to the hospital.”

Lina hosted several sales on the street and posted on Facebook, and the response was more than she imagined. At last count, donations totaled $1,300.

“I was really quite surprised,” she says. “I thought I’d get maybe a few hundred dollars, but it just really grew.”

“I did a lot of organizing for the donations, and made a donation box,” he says. “I also helped choose a lot of cool fabric like safari, planets and an avocado one.”

But Lina also has another reason for giving to MGH.

Two and a half years ago, she was diagnosed with colon cancer and was treated at Michael Garron Hospital. What was supposed to be a four-day stay turned into close to four weeks, and Lina speaks highly of the care she received during that time.

“I was surprised at how welcoming everyone was,” she says. “The nurses and doctors were nothing like I’d ever experienced before. I thought, when I’m finished here, when I’m better, I’m going to start volunteering here and give back.”

Lina says that giving is just in her genes. She learned the importance of generosity from her grandmother and father whom she describes as very generous people.

“There’s just no better feeling than giving back and helping someone out,” she says. “Just as the doctors and nurses were so kind to me when I was in the hospital, I’m doing that for someone else in a small way. Making a mask is not a big deal but I’m hopeful that this helps someone somewhere.”

Devlin sums it up. “If someone helps you, it’s nice to be able to help them back.”