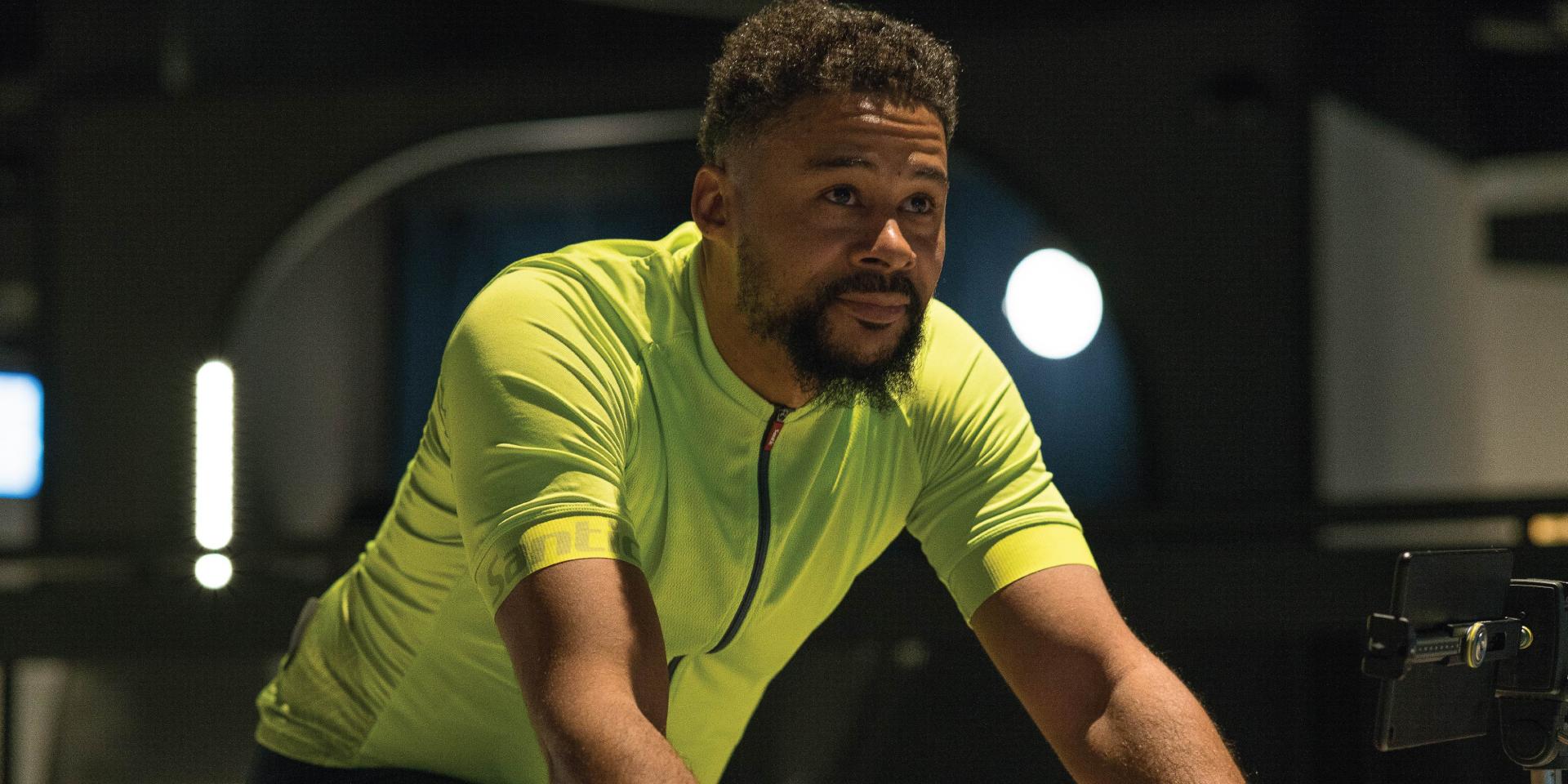 Daniel Jackman at Ride for Mind

Pushing the pedal for mental health and well-being

For Daniel Jackman, cycling in the Ride for Mind event was a way to honour his son, Gabriel. When Gabriel passed away at age 18 due to severe asthma, his death changed everything for the Jackman family.

“He was our heart and soul,” says Daniel. Gabriel’s mother didn’t get out of bed for months. His younger brother and two sisters wanted to stay home from school to avoid having to talk more about what had happened. It was Daniel who urged their return.

“We had to get our feelings out and go through the hard moments we knew were coming anyway,” said Daniel. “I got the kids back to school; cried with them at the bus stop and cried some more at the gate. It hurt, but it helped.”

Even as he tried to help his family discover their way to a new normal, Daniel challenged himself to find an outlet for his own debilitating grief.

“There are a lot of quick solutions for coping. Thankfully a friend gave me a bike, and it saved me from a lot of bad avenues. I got involved with cycling groups that kept me active and we were soon taking to country roads together,” says Daniel. “It opened my life back up again.”

Soon Daniel learned about Ride for Mind, a 24-hour cycling event to raise funds for mental health services and facilities at Michael Garron Hospital. As a TTC bus driver in East Toronto, Daniel realizes the impact of mental illness on the community. Reflecting on his own journey to mental wellness, and with his family’s anguish weighing on his heart, Daniel was quick to sign up.

At the event, Daniel found himself riding his bike till 2:30 a.m. alongside one of the event organizers, Toronto City Councillor Brad Bradford who cycled a full 24 hours while interviewing a line-up of special guests.

“Being a part of Ride for Mind was special. I am glad my fellow cyclists also care about mental health. To tell you the truth, I’d never really thought about it until Gabriel’s passing. But it’s everything,” says Daniel. “The whole time, I was thinking about Gabe and everything that he would be doing if he was here. It made me think about what I can do, because I’m here to carry on. Everything I’m doing is to honour him.”

Join Daniel in supporting Michael Garron Hospital through our events, or host an event of your own. Find out more at mghf.ca/events.