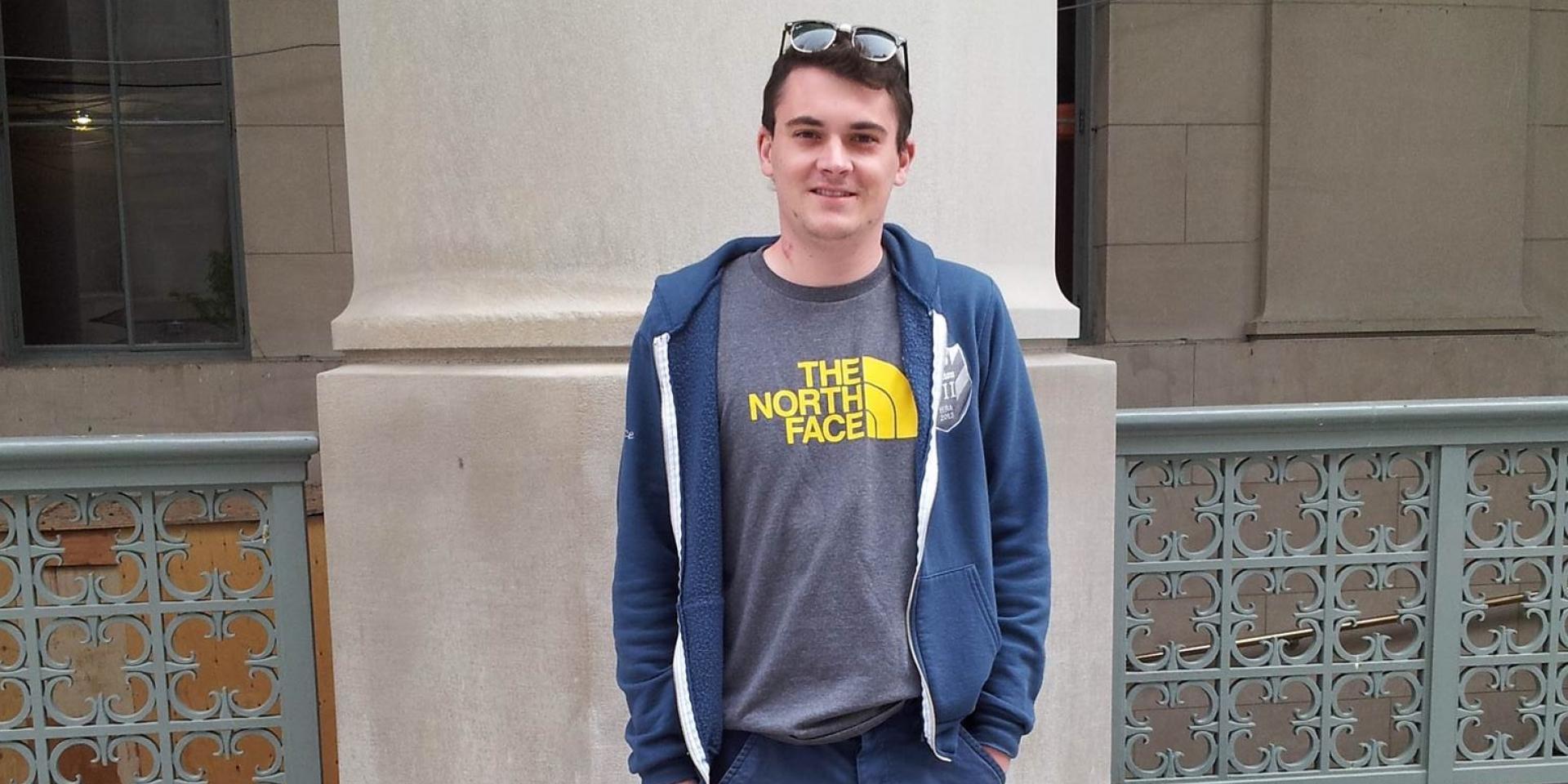 Remember to breathe—because you can

For Jan Allardyce and her son Michael, "remembering to breathe" isn't just good advice in stressful times; it's a reminder of a time when simply just breathing was a struggle.

It was late afternoon when Jan Allardyce received a call that made her heart drop.

"Mom, I'm in an ambulance on the way to the hospital." Her then 24-year old son had been taken to emergency at Michael Garron Hospital.

“Michael hadn’t been feeling well for the last week, and had phoned me earlier in the day to tell me he was feeling weak and unwell,” Jan says. “Later, I learned he had suddenly felt pain in his back, began vomiting and was having difficulty breathing. He called 911 and had to crawl to the door to let EMT in.”

Jan drove from her home in Sarnia to Toronto, arriving at MGH as her son was being transferred to the ICU. He was sedated and placed on a ventilator. The physician on call, Dr. Melinda Hillmer, told Jan that Michael’s lung had collapsed due to pneumonia, and his condition was life threatening.

“I remember sitting in the ICU watching the numbers on the medical equipment,” recalls Jan. “The nurses told me I didn’t need to, but I felt like it gave me a sense of control when I felt helpless.”

As Michael’s condition worsened, and he developed an infection—later diagnosed as a robust autoimmune reaction—Dr. Hillmer recommended that he be transferred to the nearest medical centre offering an advanced life support treatment called Extracorporeal Membrane Oxygenation (ECMO).

This highly-specialized treatment is performed using a small, portable heart-lung bypass machine that allows the lungs to rest until they recover. MGH’s close relationship with local hospitals can often mean the difference between life and death for patients who require specialized equipment that our hospital can’t provide.

Michael was on life support for three weeks. It was difficult for his mother to watch.

“It was touch and go for a long time,” says Jan. “For three weeks, they weren’t even sure that he would make it. I just knew I had to be strong for him—there was no other option.”

After a month, Michael was well enough to be transferred back to MGH to continue his recovery.

Although Michael at first couldn’t speak, with a tracheostomy tube still in place, his physicians began to see steady improvement over the next few weeks. The day his tracheostomy tube was removed was a significant one—he was finally able to speak his first words in weeks.

Today Michael is back to full health, but MGH will always be a part of his life.

“I’ll always be grateful for the care I received at MGH, and for Dr. Hillmer,” he says. “Rarely does a day go by that I don’t reflect in some way, shape or form about my experience and how truly fortunate I was.”

His mother also fondly remembers the empathy and care Michael experienced during his stay. And it’s because of this exceptional care that Jan decided to make a donation through the Grateful Giving program at MGH, recognizing Dr. Hillmer as her “guardian angel.” She continues to donate annually.

“Dr. Hillmer saved my son’s life. She stayed past her shift when he was first admitted to MGH, making the difficult call to transfer him,” says Jan. “Before he was discharged, she came to visit Michael and they sat together for a long time. It was an emotional moment for both of them. I now give to the hospital so that others can receive the same excellent care Michael received.”

These days when life gets stressful, Jan often reminds Michael to “remember to breathe—because you can.” And she never takes for granted that there was a time he couldn’t.

Please join Jan in supporting Michael Garron Hospital. Your gift will help provide frontline staff  with critical equipment so they can continue to provide exceptional patient care to the people of the East End. And thanks to a generous matching gift directed by Michael Garron Hospital physician Dr. Louisa Huband, from The Moffat Family Foundation, your donation today doubles!