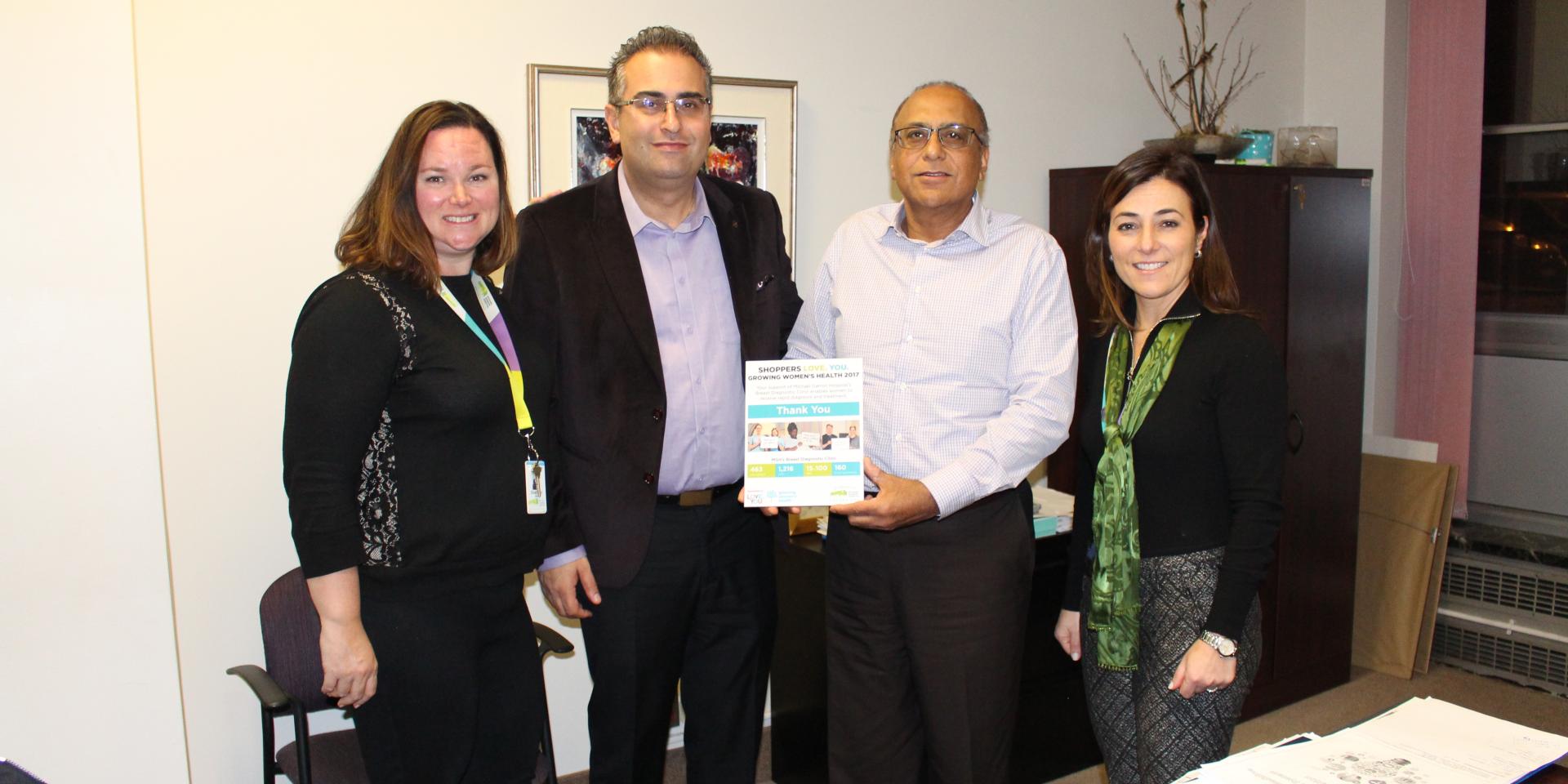 A special place in his heart

His busy, urban stores at Danforth & Coxwell and Danforth & Pape are an integral part of the East Toronto community.

“Our pharmacies and the hospital complement each other very well, and both are integral to the health of our community” he says. “The patients who visit MGH are the same ones who come to us.”

On a personal level, Michael Garron Hospital also has a special place in John’s heart. Fifteen years ago, his father was diagnosed with stage 3 colon cancer and treated at MGH. John’s father participated in a cancer research study at the time, which has now become a standard of care for colon cancer patients.

“The care my father received at MGH was exceptional,” John says. “The hospital will always have a special place in my heart because of that.”

That experience is a big reason why every year, John champions a number of local Shoppers Drug Mart stores in supporting MGH through the annual Growing Women’s Health Campaign.

From October 5th – November 1st, customers can visit local participating Shoppers stores and donate $2 or more to support women’s health in the community. One hundred per cent of all proceeds from this year’s campaign will go to support MGH’s Breast Diagnostic Clinic.

Historically the annual initiative focused on a number of national charities, but about ten years ago, the focus shifted to MGH. ‘We believed we could have a bigger impact if we combined our efforts to focus on our community hospital,” says John.

The importance of a community hospital is something Shoppers stores in the area—and many adjacent businesses—truly value.

“The hospital is so convenient, and accessible to community members,” John says. “At some point, the hospital will touch all of us. It’s easy to sometimes forget how important a role it plays for the community, until you see all  the wonderful things that are going on there—the science, research and patient care.“

He encourages others to not only support the hospital through the Growing Women’s Health campaign, but also to consider donating directly to the hospital.

“It’s so important to give back,” John says. “If you haven’t seen what’s happening at the hospital lately, take some time and pay a visit, particularly to see the redevelopment project in progress. If you’re looking to donate to a place where your money will have the greatest impact, there’s no better place than Michael Garron Hospital.”Visit one of these participating stores today!