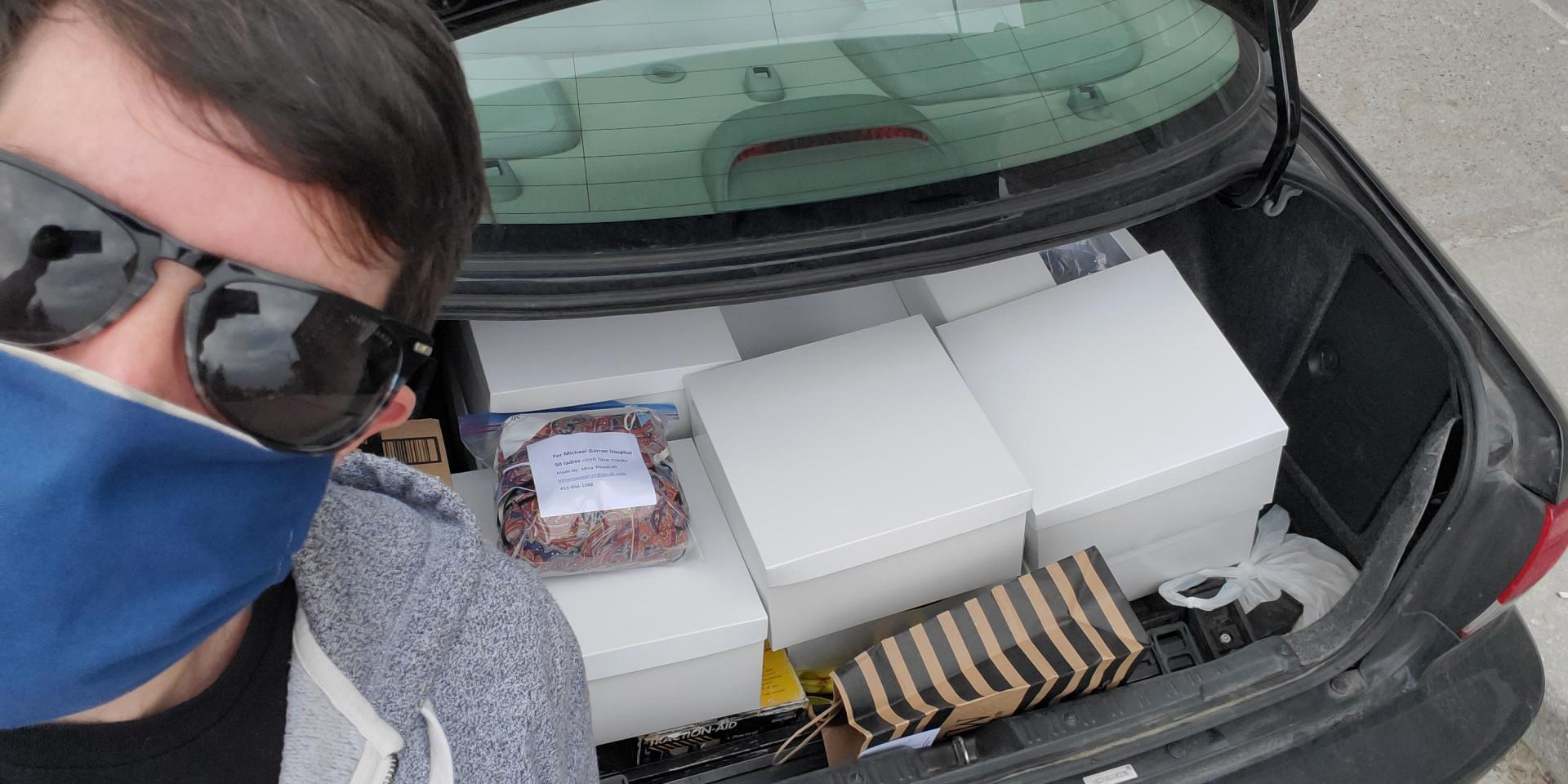 Our community’s response to Michael Garron Hospital’s #1000masks challenge has been nothing short of incredible. And one volunteer has taken it upon himself to keep the momentum going, delivering and picking up fabric and masks right across the city.

“My mom had been a patient at MGH years ago and she found out about Michael Garron Hospital's #1000masks challenge first,” says David Stewart. “She’d asked me for advice on where I thought she could get materials to start sewing. I recently was laid off from my job, and I thought, ‘I can’t sew, but I have time and I have a car, how can I help?’ So I reached out to Michael Garron Hospital Foundation and it ballooned from there.”

David has been working together closely with Rosemary Quinlan, stewardship officer at Michael Garron Hospital Foundation, to coordinate the thousands of volunteers making masks throughout the community – and the organizations donating the materials to help them.

“We’ve received an industrial scale donation of fabric, tens of thousands of square feet,” says David. “I cut it at home and drop it off to people where it’s needed. It’s been interesting because I often don’t actually see people, just a wave from a window.”

The response to the #1000masks campaign has been amazing, with people and organizations across the city rising to meet the challenge. To date, almost 40,000 handsewn masks have been delivered to Michael Garron Hospital.

“In some cases it’s just one person, like my mom in her assisted living facility making masks on her own, and in others it’s people who have formed sewing groups who have made 1,500 masks collectively,” David says. “It’s been really cool to see people rally others together within their own networks.”

He’s grateful for the opportunity to make a difference to such an important initiative.

“I’m not someone who just sits around, I like to find ways of adding value,” he says. “I’m very appreciative of the fact that I have this opportunity to contribute to a genuine problem … connecting people with the ability to sew with the materials they need to do that. It feels amazing to be able to make a difference.

“David has been a super star.  We’re so grateful for people like him who have taken real ownership of this program,” says Rosemary. “No pick up is too short or too far for him – he’s helped keep many community members safe by allowing them to continue making masks, without the burden of leaving their home and delivering them in person. Thank you Super Dave!”