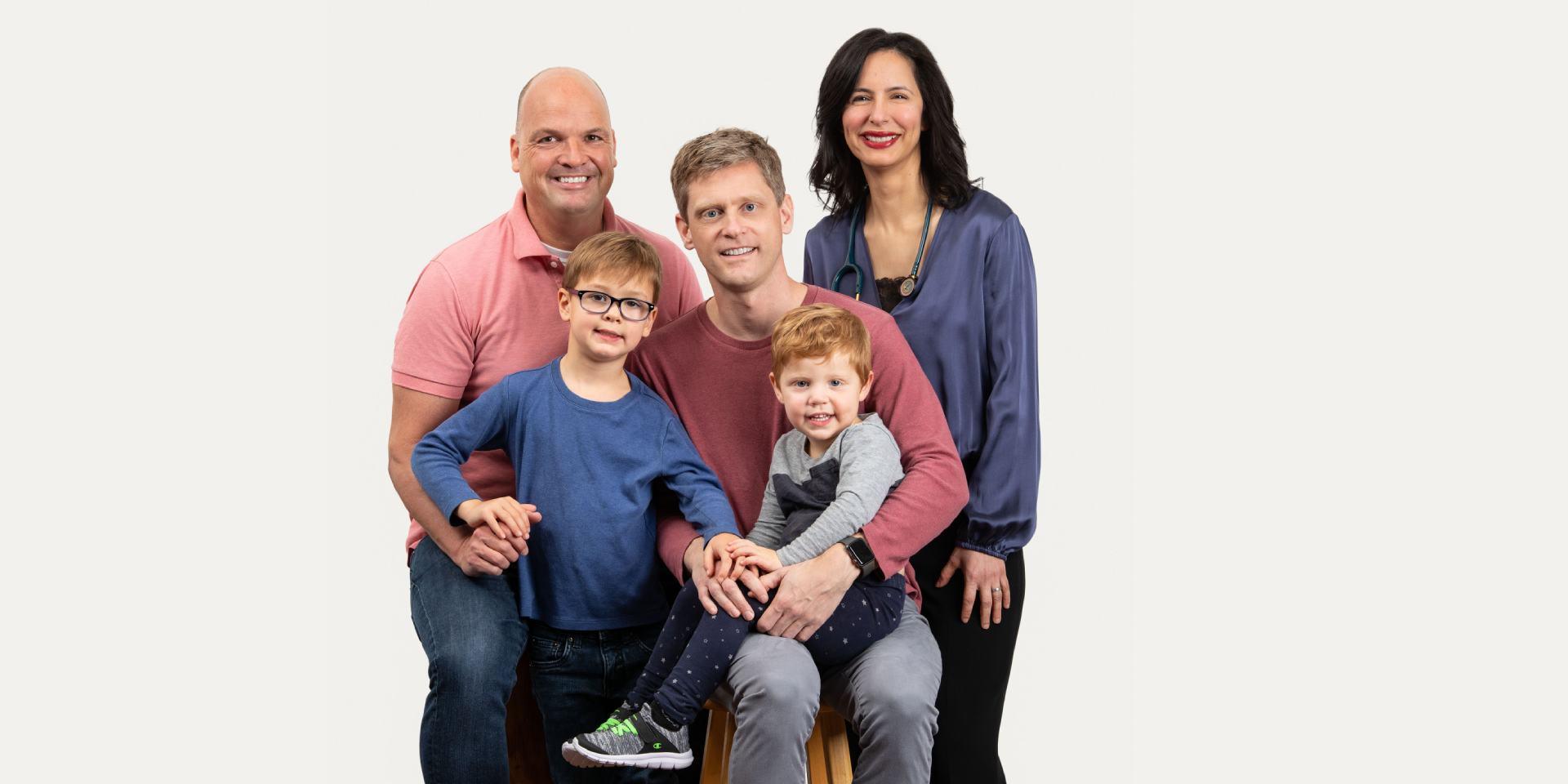 Mark MacCharles and his partner Stephan knew something wasn't quite right. Their two-month old baby Eric, had been struggling with what Mark and Stephan thought was just the common cold; but things quickly took a turn for the worse.

"We really began to worry when Eric refused to eat, and he began breathing rapidly,” says Mark. “It was scary to watch him trying to breathe; we had never experienced anything like that.”

Mark took Eric to his pediatrician who told them there were ‘worrying signs’. She quickly advised them to go to the emergency department at Michael Garron Hospital.

“He was struggling to breathe at this point, and looked grey,” recalls Mark. “He really was a very sick baby.”

A common virus that can be deadly

Eric underwent testing, including a round of x-rays and bloodwork.  Dr. Celia Atkinson, Chief of Paediatrics and Program Medical Co-Director of Maternal/Newborn/Child Health Service at Michael Garron Hospital told his parents that he had tested positive for respiratory syncytial virus, or RSV.

RSV is a common virus that can affect the lungs and breathing tubes. Almost all children get the virus at least once before they are 2 years old, and it usually presents as a bad cold. But for others, particularly infants, the virus can cause breathing problems and dangerous lung infections—and can be fatal.

Eric’s little lungs were full of fluid; he was put on oxygen and treated with Ventolin masks and pain relievers.

“Dr. Atkinson warned us that things would get worse before they got better,” says Mark. “It was so hard seeing Eric hooked up to all the machines: no one wants to see their child so sick like that.”

Eric spent nine days in the hospital undergoing life-saving treatments. Today he’s a healthy, fearless two-year old who loves being outside, swimming and playing with his older brother, and he has no lasting effects from those early days in the hospital.

What made the experience more bearable was the first-rate care Eric and his family received during his stay.

“As soon as we arrived in emergency, the care Eric received was amazing,” Mark says. “We got to know the nurses really well; one nurse in particular, stepped in to feed Eric one night when I was completely out of steam and slept through his scheduled feeding. We were so grateful for her cheerful, calming presence.”

Mark is grateful that Eric could receive such excellent care close to home. It’s something that made all the difference during long days at the hospital.

“Not having to drive downtown for care was a huge bonus for us,” says Mark. “This isn’t just some tiny hospital; they offer great care, close by, with better parking and much shorter wait times.”

It’s also why he decided to become a monthly donor.

“The care Michael Garron Hospital provides to children is excellent”, says Mark. “And their partnership with Kids Health Alliance means that we can get the same high-quality paediatric care, right in our own neighbourhood. Every single gift to this hospital helps to ensure it’s there when we need it.”