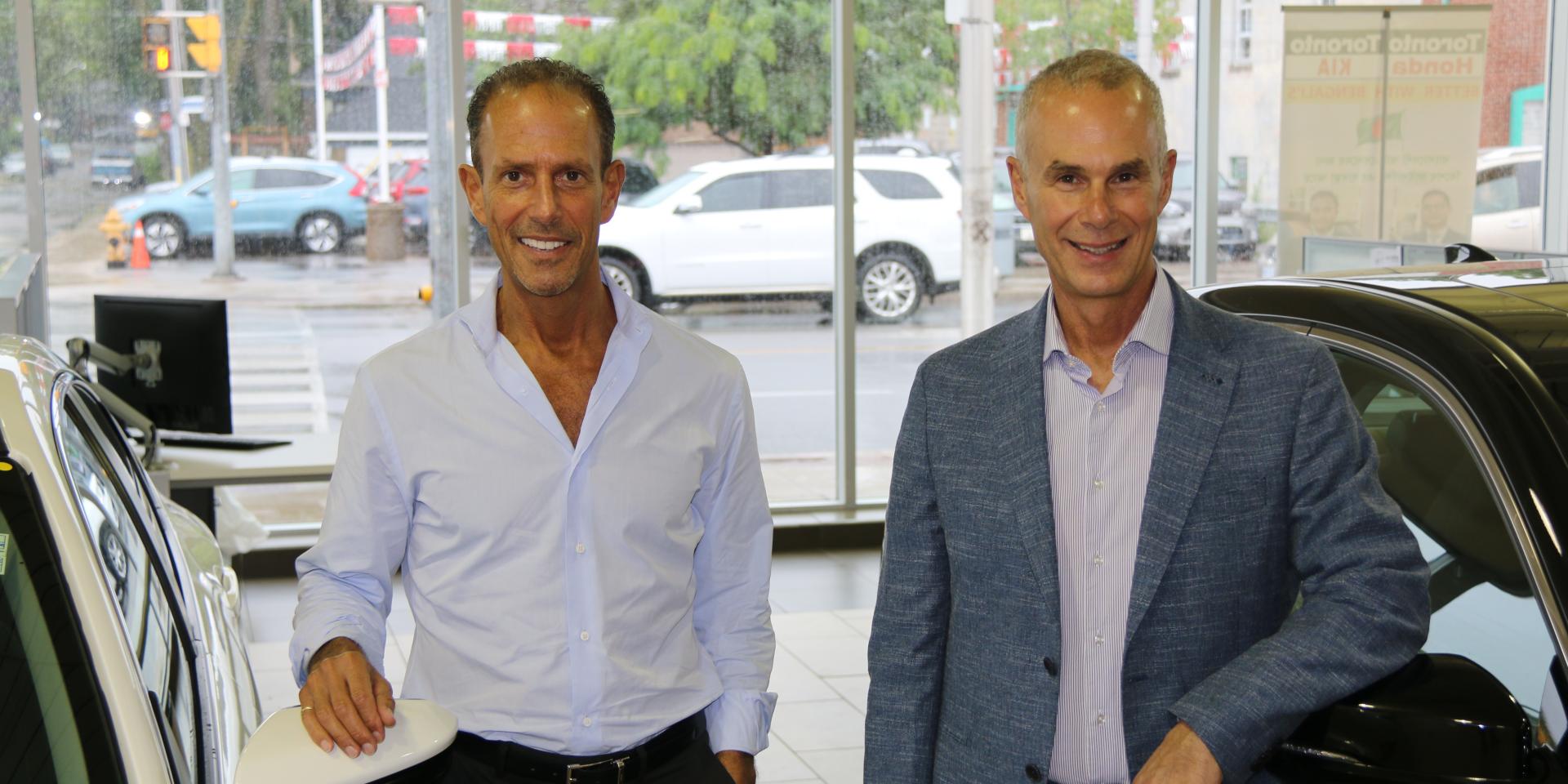 Since the early days of their business, the Ison brothers have always been big supporters of the community. Sponsoring the Kick the Stigma tournament and the Heart of the East Community Festival for the second year running just made sense for them.

Toronto Honda has been a recognizable landmark on the Danforth strip east of Woodbine for over 40 years, joined in 2012 by Toronto Kia. Owners Stacey and Jordan became part of the family car business in 1981, and they’ve always felt like proud East Yorkers.

“What I love about East Toronto is that, even though it’s a big city, it feels like a small neighbourhood,” says Jordan. “We’re surrounded by all this green space, and I think it attracts a certain kind of person – someone who likes urban living, but also appreciates nature.”

Since the early days of their business, the brothers have always been big supporters of the community. Sponsoring the Kick the Stigma tournament and the Heart of the East Community Festival  for the second year running just made sense for them.

“Many of our staff and our families use the hospital and are connected to it. It really is a multi-generational thing – everyone is touched by their local hospital,” says Stacey.

It’s by virtue of being a larger business that the Isons feel obligated to give back to the community they serve.

“If we don’t step up to help, then who will? We are a bigger business, and Michael Garron Hospital needs our support,” Jordan says.

The brothers have personal reasons for getting behind the cause, and they’re pleased that the general mindset is changing when it comes to talking about mental health.

“I think it’s changed drastically, mental health is talked about a lot now – more so than just even 10 years ago,” says Jordan. “People realize that illness doesn’t necessarily mean a broken bone, or a disease, it can be brain related. There’s more of an openness around talking about it.”

The staff at Toronto Honda/Toronto Kia has rallied behind the Kick the Stigma cause, entering two teams and hosting successful fundraising events like a recent BBQ and a 50/50 draw.

“One of the big surprises when we decided to support Kick the Stigma, was how our staff really all got behind it,” says Jordan. “They really are personally invested in our community and our local hospital, and I think this just gave them a way to give back.”

As last year’s defending champions in the competitive division, Toronto Honda has high expectations for a repeat, and the Isons are confident their teams will prevail.

“Our team members play soccer regularly, and are competitive players, so we feel pretty good about our chances of winning again this year”, the brothers say. But more importantly, they are proud to be sponsoring an event that is committed to kicking the stigma around mental health, and building state-of-the-art mental health facilities at Michael Garron Hospital.

“It's events like Kick the Stigma that create real change and make mental health top of mind.”