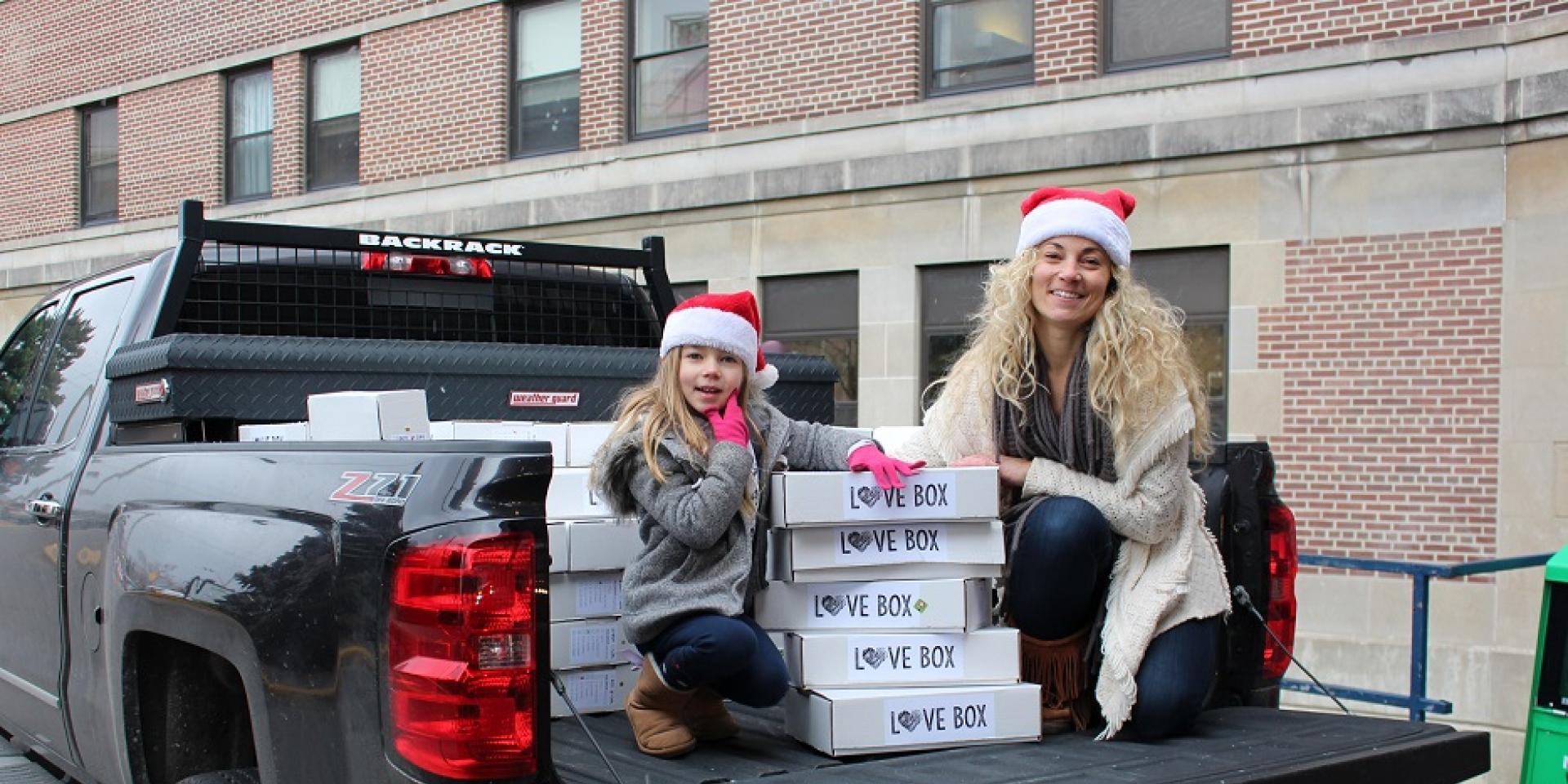 On a chilly December day, Richelle Johnston and her family delivered a truckload of love to children at Michael Garron Hospital (MGH). Loaded into a pickup truck and an SUV were nearly 300 Love Boxes bursting with toys and other comforting items for children in the hospital.

To fill the Love Boxes Richelle reached out to East Toronto – Your Modern Village (ETYMV), a 5,000-member Facebook parenting group well known for rallying support around those in the community who need it most.

The importance of helping others is something Richelle is passionate about teaching her kids. “That’s why I joined Love Boxes,” she says. “We all want to teach our kids about giving. At a time of year when it’s all about what they’re going to get at Christmas, it’s a good opportunity for them to learn that not everybody gets, not everybody is as lucky as they are.”

So when she learned about the Love Boxes, she jumped at the opportunity to bring the initiative – which has now spread to nine hospitals across the GTA – to her community hospital.

Nicolle was “so happy” when she heard Richelle wanted to spread Love Boxes to Michael Garron Hospital – which holds a special place in her heart.

“I came into the world there, my daughter’s life was saved there, and my father took his last breath there.”

A month before Sophia turned two, Nicolle took her to the Michael Garron Hospital emergency department, suspecting an ear infection. A quick-thinking physician thought she looked “too pale,” and ordered bloodwork.

Within an hour, Sophia was receiving a blood transfusion. Soon, the family received the devastating news that she had leukemia.

“We were so grateful we went to Michael Garron Hospital,” says Nicolle. “If the doctor hadn’t ordered bloodwork and sent us home – her platelets were so low – Sophia could have died.”

Today, Sophia is a thriving, “boisterous, and full of energy” grade two student. “We always say ‘never give up, miracles happen every day,’” Nicolle says.

Nicolle isn’t surprised at the “overwhelming” response to Love Boxes amongst ETYMV members.

“I grew up in East Toronto – it’s home to me,” Nicolle says. “It’s very close knit – if you ask somebody for help, the whole community comes together.”

Do you want to give your kids the gift of generosity? Giving health to your community is a great way to start, and we make it easy. Your family can support Michael Garron Hospital in a number of ways – like hosting an ECHOage birthday party, a lemonade stand, or other event. Our team will help you with tools, information, and support! Contact us at @email for more information.