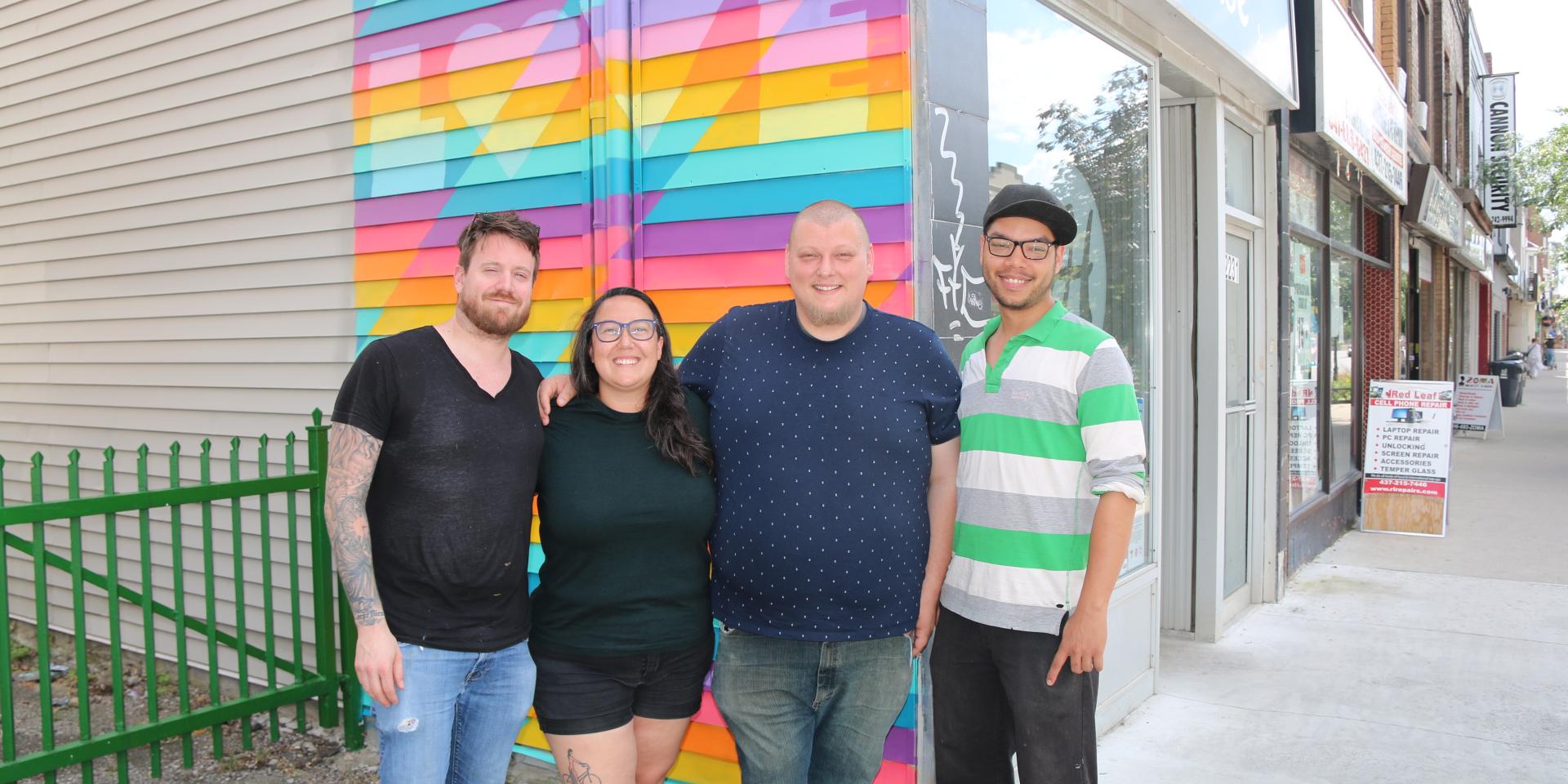 Besides serving up a variety of mouth-watering eggs benedicts, challah French toast and classic breakfasts, supporting Michael Garron Hospital is just one of the ways Hollandaise Diner is showing the love to its community.

For Hollandaise Diner owners Marisa Tran and Joshua De Grosbois, choosing to open their restaurant on a quiet stretch of Danforth between Woodbine and Main wasn’t just about a business opportunity (although the area sorely needed a great breakfast spot!)

“This community isn’t just about where we work, it’s also our home,” Marisa says. “Josh grew up in the area, and I’ve lived here for 11 years, so opening in this location just made sense. This neighbourhood is growing and changing, and we’re happy to be part of that change.”

Besides serving up a variety of mouth-watering eggs benedicts, challah French toast and classic breakfasts, supporting Michael Garron Hospital is just one of the ways Hollandaise is showing the love to its community.

This past summer, Marisa and Josh ran a watermelon juice promotion in support of Michael Garron Hospital. They created signs for every table in the restaurant that explained where the money was going, and donated $2 from every juice sale. Hollandaise also hosted a booth at the Danny Loves Music event each Wednesday in July, donating the profits from its watermelon sales directly to the hospital. The juice initiative raised $556, and Marisa says the overall feedback to the promotion was positive.

“A father and young son came by for breakfast, and when the son saw that we were raising funds for Michael Garron Hospital, he wanted to buy watermelon juice right away,” says Marisa. “When I came by to check on their table a bit later, the son told me he didn’t really like watermelon juice, but they bought three because he and his sister were born at the hospital and he wanted to support a great place!”

Josh and Marisa both share a desire to give back to the community that supports them, by supporting the hospital.

“I grew up across the street from the hospital, literally steps away, and have visited countless times over the years,” says Josh. “I always received superb care. As an east ender, it’s just part of my identity, so there was never a question that I would give back in some way.”

“This community legitimately cares about its neighbours and businesses and we love being a part of that in so many ways, including supporting our community hospital.”

Find out how your business can make a positive impact on your community with our Love the East Program.