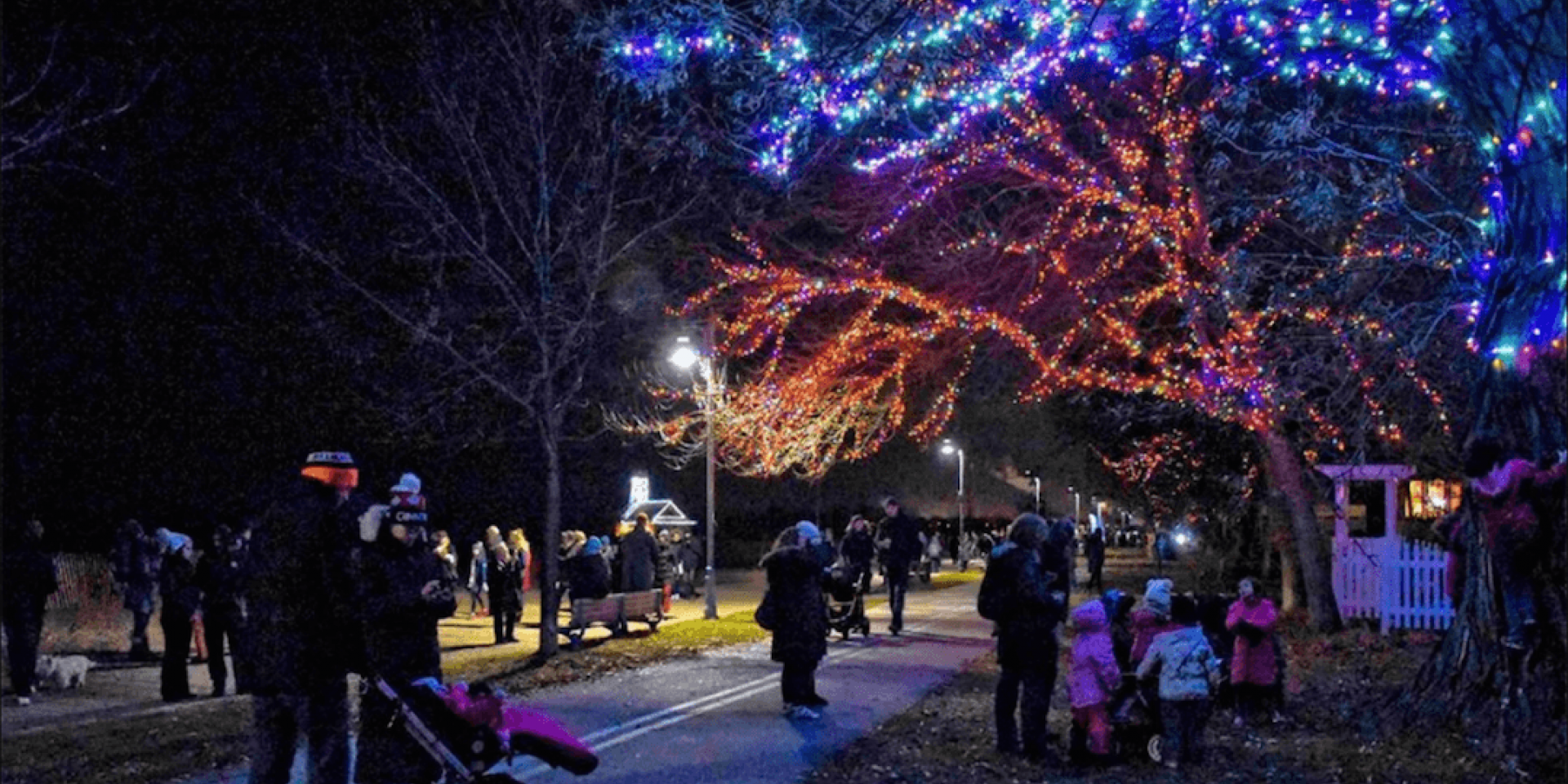 Light up the Beach: A look behind the scenes

There's a great deal of work that goes into this highly anticipated holiday event that brings the Beach and surrounding communities together.

If you happen to be down by Toronto’s Beach boardwalk during the blustery cold winter months, you may just see Rick DeClute, ladder tucked under his arm, on his way to fixing an electrical switch for the thousands of lights that transform the Beach every holiday season.

It’s the kind of personal dedication that Rick and his sister Rochelle, owners of DeClute Real Estate put into Light up the Beach—an annual holiday tradition with proceeds going to support mental health and addiction services at Michael Garron Hospital.

“It all began with an idea from a local resident,” Rochelle explains. "In 2007, he approached Rick with a vision of bringing life to the boardwalk in the winter. He knew we had been long-term supporters of many community initiatives, and he was confident we could make it happen.”

And make it happen they did, though not without hours of planning, permits and lessons learned.

“Surprisingly, our biggest challenge is the squirrels, who chew the wires,” says Rick. “And in heavy rains, the electrical switches turn off. A big part of keeping the lights on until the end of February is maintaining and repairing them where needed.”

It takes four to six weeks to get the lights up, with two weeks dedicated to just detangling and testing the lights. Then with the help of two bucket lift cranes and an enormous amount of hours, a dedicated crew of four carefully strings thousands of lights among the mature oak, maple and willow trees along the shores of Lake Ontario.

It truly is a team effort.

“Our entire staff, including our agents and staging crew participate in Light Up the Beach, together with most of their families,” says Rochelle.

That first year saw a small but spirited group of 50 locals who met on the beach on a cold winter evening to spontaneously sing carols and flip the switch to light 50,000 individual LED bulbs. The following year, the group grew to 100 and was joined by Santa Claus who lit the trees one at a time, from the foot of Leuty Avenue to the Balmy Beach Club.

In 2017, Melanie and Lindsay Wright of the Wright Sisters Real Estate Group joined the DeClutes, helping to drive the success of the event with the support of their clients, friends and families. The event has continued to grow and now boasts more than 80,000 lights strung over 20,000 linear feet.

“Every year, people brought donations of unwrapped toys, non-perishable food and even cash to the event,” says Rochelle. “In 2016, we decided we needed to choose a charity to benefit from this event. Our family, like many, has been affected by mental health and addiction, so we chose to support mental health and addiction services at Michael Garron Hospital.”Light up the Beach has raised almost $35,000 so far, and at this year’s event on November 29, the DeClutes have set their sights on reaching $50,000.

To know that we can give this gift to the community and draw people to the boardwalk while raising money for such an important cause, is the best part of the holidays for our families," says Rochelle. "We truly believe that by supporting the hospital, the whole community benefits."

Please join us on Friday, November 29th at 7:00 pm at the foot of Leuty Ave, for the official tree lighting. This family-friendly event will include hot drinks, gourmet soup from Velouté Bistro and festive songs as Santa uses his magic to light up The Boardwalk.