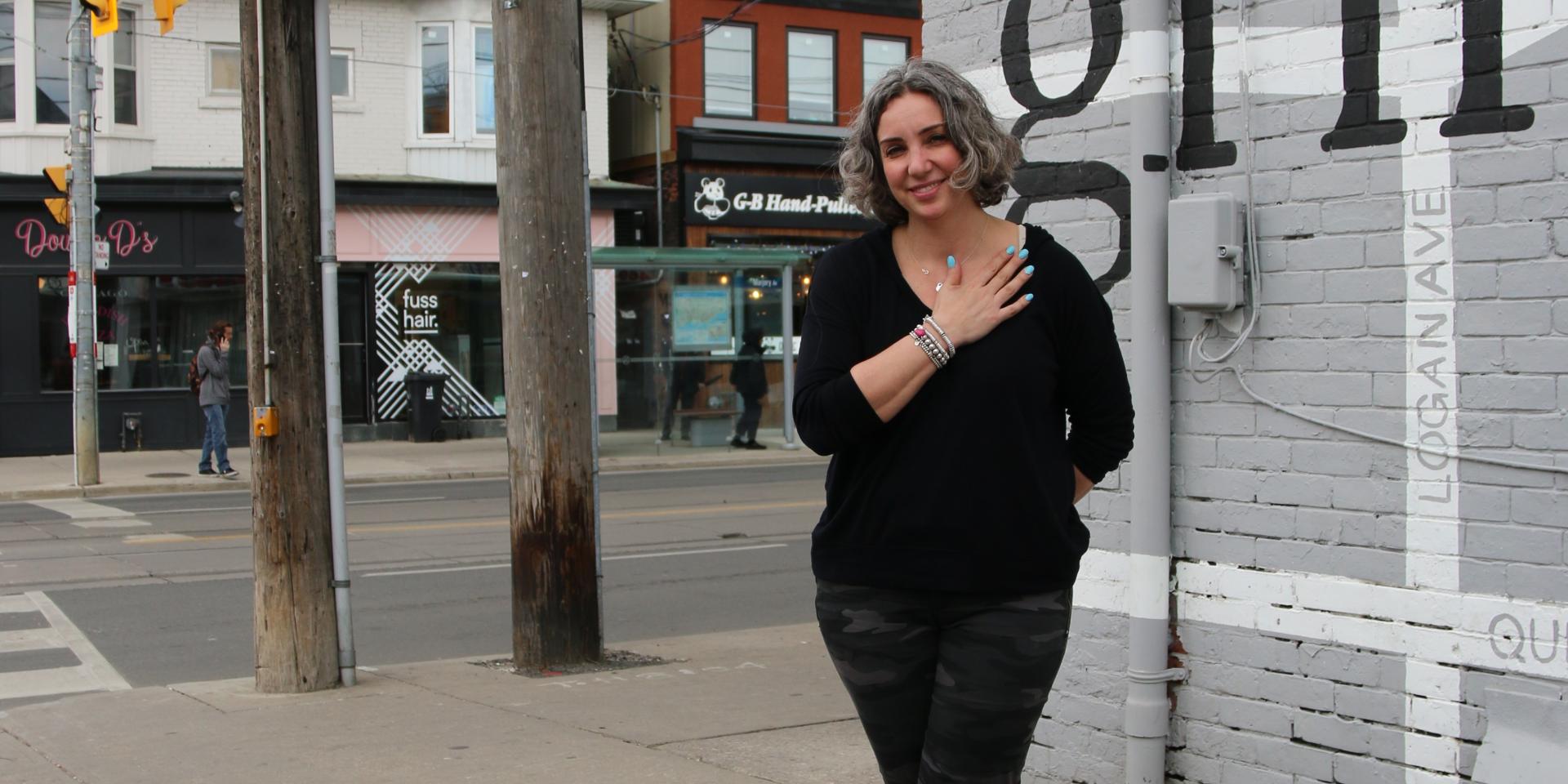 Grinder Coffee owner Joelle Murrary's fondness for her community, and a reliance on her neighbours to support her business is also what drives her to give back.

Local favourite (and world famous, thanks to last year's social media campaign to attract Ryan Gosling to visit during the Toronto International Film Festival), Grinder Coffee is a mainstay in Toronto's up-and-coming Leslieville area. The neighbourhood has gentrified over the past five years, yet still maintains it's 'old school' feeling, says Joelle.

"Traditionally, Gerrard and Jones wasn’t a destination neighbourhood, but that's changed over the last five years since we opened business," she says. “This neighbourhood is mixed and diverse, and that’s what I love about it."

Her fondness for her community, and a reliance on her neighbours to help support her business is also what drives her to give back.

“Because I’m an independent business, I literally depend on my community, so I believe it’s important to give back”, she says.

That's why in February of this year, Grinder Coffee created and sold “Love the East” heart-shaped cookies, with all proceeds going to Michael Garron Hospital as part of our Love the East community program.

“One woman came in and mentioned that she didn't eat cookies, but still wanted to support the initiative. So she started a ‘pay it forward’ campaign, and bought cookies for the next three people. Another customer did the same thing,” says Joelle.

Joelle appreciates the importance her local hospital has on its surrounding community.

"Michael Garron Hospital doesn't have the big name, it isn't a big 'money maker' like the downtown hospitals, but it’s excellent healthcare that affects me and my local community. I know that when people give to their local hospital they'll have more of an impact."

And Joelle encourages other business owners to give back too.

“When you run a small business, you’re often so focused on the day-to-day details that sometimes you don’t think about the broader picture," says Joelle. "I have a roof over my head and health on my side, but there may be medical needs for me in the future, who knows? That’s why I’m so grateful to have this type of healthcare facility close to home. I always say, ‘take care of others and they’ll take care of you’.